The New Sheriff in Town 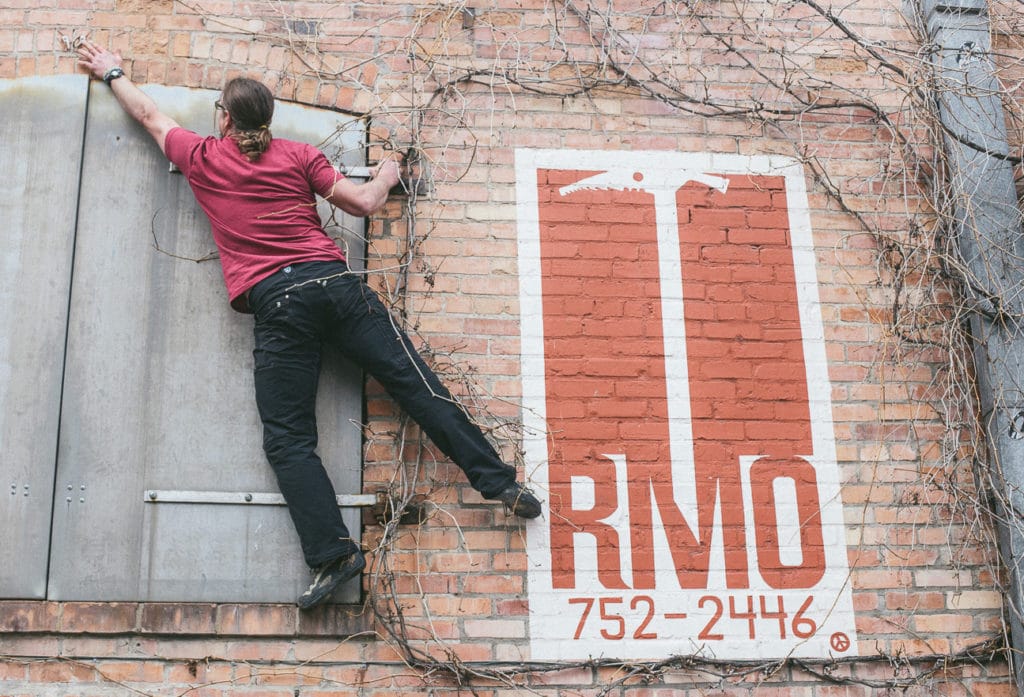 I was sitting in the loft of Rocky Mountain Outfitters (RMO) the other day talking to Don Scharfe about his future and the future of his store after 42 years on the job. They call the loft “the library.” It’s a cozy little space filled with books, papers, table and stools – a space donated to Glacier Mountaineering Society, an example of the many community contributions Don and his wife, Colleen, have made over four decades.

Pleasant banter along with some serious conversation drifted up from the main floor through the hanging kayaks, carabiners, and climbing harnesses. It reminded me of what a fun atmosphere this store always has! When I asked Don about the camaraderie, he said he “sets a fun and friendly pace” because his customers and employees are family.

Don operates by the Golden Rule. He donates to local nature and environmental causes, and will continue to do so after he retires from RMO. A serious concern of his is climate change, which can mean smokier hiking seasons like summer and fall of 2017, and snow-scarce winters.

He reflects that the main challenges during his career in retail were responsibility to the families working for him, and management of inventory. (Customers won’t buy if the store doesn’t stock what they want.)

I wondered how Don would sustain his close relationships with people during “retirement.” He will stay on the board of the Bob Marshall Wilderness Foundation, put in quality time at RMO, and maintain his ties to the environmental community.

He also has some dynamite trips planned, so I’m expecting to hear about those when I run into him at Montana Coffee Traders or in the shop. Every year Don and his wife Colleen, together with their son and daughter-in-law, Kyle and Karen, travel together. Scheduled for this August is Greenland’s 150-mile Arctic Circle Trail! Next year could be Scotland Highlands, a rugged trip of 250 miles. Don has always been generous about sharing his knowledge and expertise. Want to plan a hiking trip? Talk to Don and Colleen.

John Andreas “Jandy” Cox has been passionate about climbing from an early age. Growing up with busy government-worker parents in Washington, D.C., he was sent to climbing summer camp to keep him out of trouble. He loved it and later rode his bike to climbing areas in Maryland and Virginia. His Austrian mother often took him to the Alps to visit grandparents and ski with family and friends.

He fudged his age and began working in outfitting stores at 14 and a half, then became such a successful bike courier that he could afford to buy a bus and travel around the country, climbing every rock possible. In the 80s at the Kookanusa Krank he met Don Scharfe and the local climbing community. It was a perfect fit for both Jandy and RMO.

Jandy gained some additional retail and business experience on his own, and briefly even had a climbing guide service called Vertical Ventures, before returning to RMO for good. He met his wife Denise, who grew up here, and they went climbing on their first date. They now have two sons – Fynn, age 14; and Gus, age 11 – and live near Foy’s Lake.

Jandy has always had a good relationship with Don, and he remembers, as a relatively new employee at age 19, Don’s advice to him before leaving for a long spring ski trip in the Alps: “Treat the store as if you own it.” He has been doing that ever since, but it’s finally become official – Jandy will be the new owner of the outdoor shop as Don retires.

Jandy knows the “incredible and positive influence” climbing had on his life and wanted to make sure local kids “had a gateway to wholesome outdoor activities.” The boulder park at Lawrence Park is his answer to that hope and his success story. You might not know this about Jandy, but he also swims when he can get away. He and a buddy have swum all the long lakes in Glacier Park and elsewhere. They pull a dry bag behind them with their clothes and shoes, then run back to the truck after swimming.

Jandy is the perfect successor to Don. Don says he has “always connected with Jandy.” As Jandy takes over the store, there will be no big change – except, perhaps, for REI coming to town. As it always has, RMO will maintain its “must visit when in town” status. Need to buy tickets for a community event? RMO sells them. Not sure how to volunteer for a cause? RMO knows about it. Want to support a downtown initiative? RMO is in the middle of it. None of that will change.

Jandy is excited and optimistic about the future of the store and the area. Like Don, he is incredibly positive about the future of downtown Kalispell. Vibrant is a word they both use. Don says the new businesses have “depth, traction, teeth. Service-oriented people want to shop there because of friendly, well-informed staff.” Jandy says, “The community supports our business just as we support the community.” Both say their biggest reward is interacting with wonderful folks who stop in the shop.

You’ve heard the phrase “livin’ the dream.” Well Don has lived the dream of being self-employed in the recreation industry he loves. He is handing the baton to Jandy, but he’s not going to stop “racing.” He’ll be part-time at RMO. He’ll continue to ski, backpack, scramble, and take hiking trips to exotic places. Jandy will mind the store and be passionate about climbing. In short, RMO will remain rock solid.

Terry Meyers has loved living in the Flathead since 1982. He enjoys adventures with his standard poodle, Bella, leading the way.