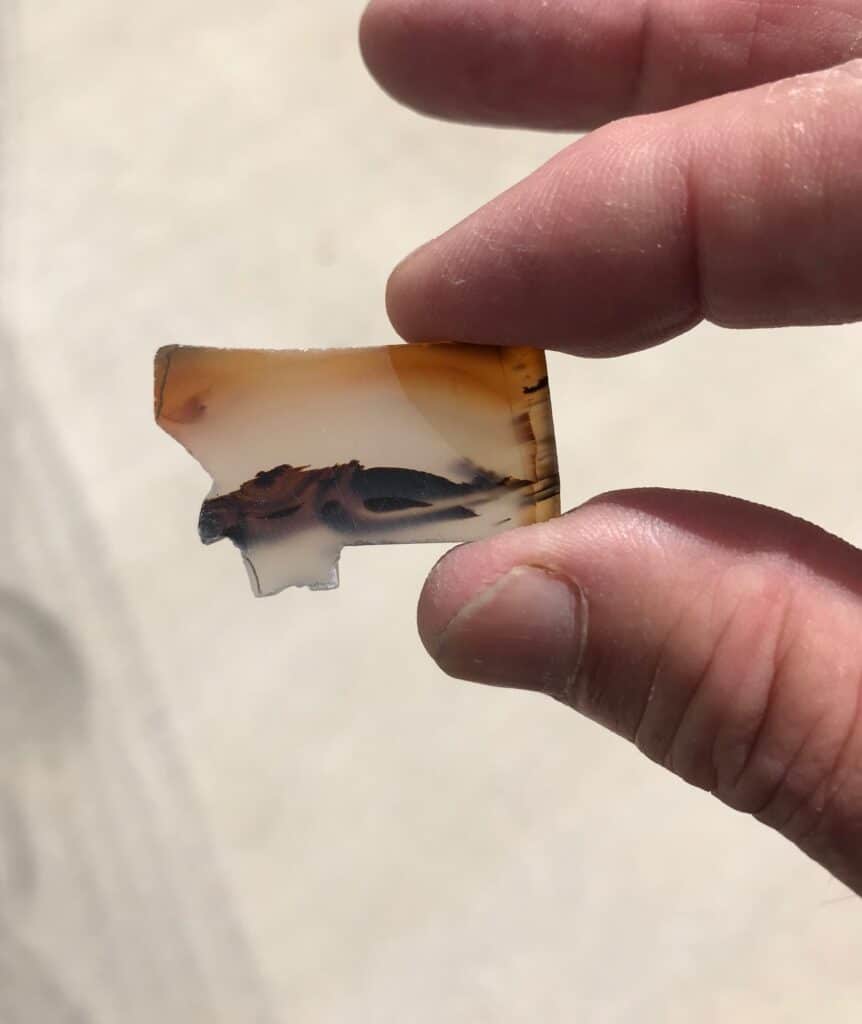 After they were married, the Grahams worked in West Glacier during the summer. Janet worked in Apgar Village, and Murry helped to build the KOA campground. They found they both enjoyed the tourist industry. They liked the fact that they were working with happy people from all over the world.

Located in the small town of Hungry Horse on the way to Glacier National Park, Rocky Mountain Nature Company had its beginnings in the late 1980s as an old car wash. When Murry saw that the property was for sale he thought about it and talked with Janet about the possibility of acquiring it. They decided the location was a good place for a summer business and bought it.

As craftsman builders and artisans who love to work with rocks, both Murry and Janet spent their vacations and free time building the rock wall that is the front of the store. Each rock was hand-picked and placed. The beautiful interior large beams were cut from timber left after the North Fork’s Red Bench fire in the late 1980s.

Working part-time, the building was finally finished and opened with a small inventory in 1991. It was well received. With each successful season, they’ve changed the inside of the shop often. Each year brings new products, new interests, and new customers. Janet and Murray’s favorite part of the business is the people. They have a wonderful repeat clientele and they look forward to them stopping in year after year. 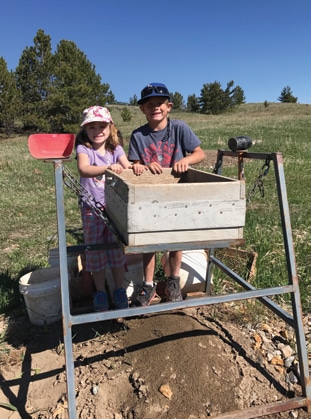 The shop is filled with Montana Yogo sapphires and other Montana sapphires, jewelry, rocks, and fossils. You may also find home decor, artwork, clothing, and books. The fly-fishing corner has a great selection of flies that work well for our rivers and streams. Out behind the store you can experience the thrill of panning for your own sapphires, gold, and garnets. You will find the store has something for everyone of every age.

Murry hand-crafts most of the jewelry sold in the shop. The rocks and the gems combined with Murry’s artistic skill as a jeweler prove to be store’s most successful items; especially the Montana Yogo Sapphires.

The Graham’s love of Yogos began long ago when one day a goldsmith came in and consigned some jewelry set with Montana Yogo Sapphires. Originally the Grahams purchased Yogos from a mine located between Great Falls and Lewistown, Montana. They later sought out, found, and bought property to work their own mine in the same vicinity. Mining for the Grahams is usually a family affair, with everyone including the grandkids competing to find the first or the largest gem.

Yogos are found only in Yogo Gulch, part of the Little Belt Mountains in central Montana. They are considered to be one of the finest sapphires in the world and are one of the only gemstones that are not enhanced with heat. Yogos are known for their natural cornflower blue color, clarity, and brilliance. About two percent of Yogos will be purple – the rarest of the rare. For more information about Montana Yogos, Janet recommends the book: Yogo, The Great American Sapphire by Stephen M. Voynick. 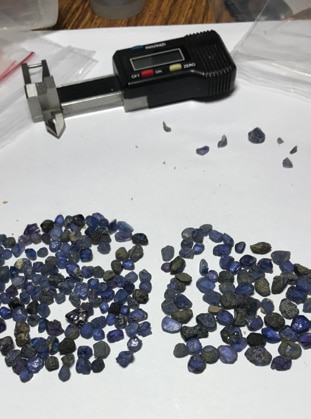 Around fall of 2010, the opportunity presented itself for the Grahams to acquire a vacant storefront in Bigfork. Located on Electric Avenue, this is now the Sapphire Shoppe. While Murry primarily runs Rocky Mountain Nature Company, The Sapphire Shoppe is Janet’s passion.

A unique, eclectic shop with an inviting, old-fashioned, village atmosphere, The Sapphire Shoppe is filled with Montana treasures as well as those from around the world. Like Rocky Mountain Nature Company, the Sapphire Shoppe has grown consistently. Janet‘s artful eye and passion for gemstone jewelry, rock sculpture, crystals, and artwork are evident. You may come in to look, but you’ll be tempted to buy.

Stop in at either shop this summer. Janet, Murry, and the rest of the Grahams look forward to meeting you. Both stores are open mid-May through September.

Linda Jaquette serves as the Development Assistant at Citizens for a Better Flathead. While she wears many hats, Go Local is her favorite.