Everything is not fine 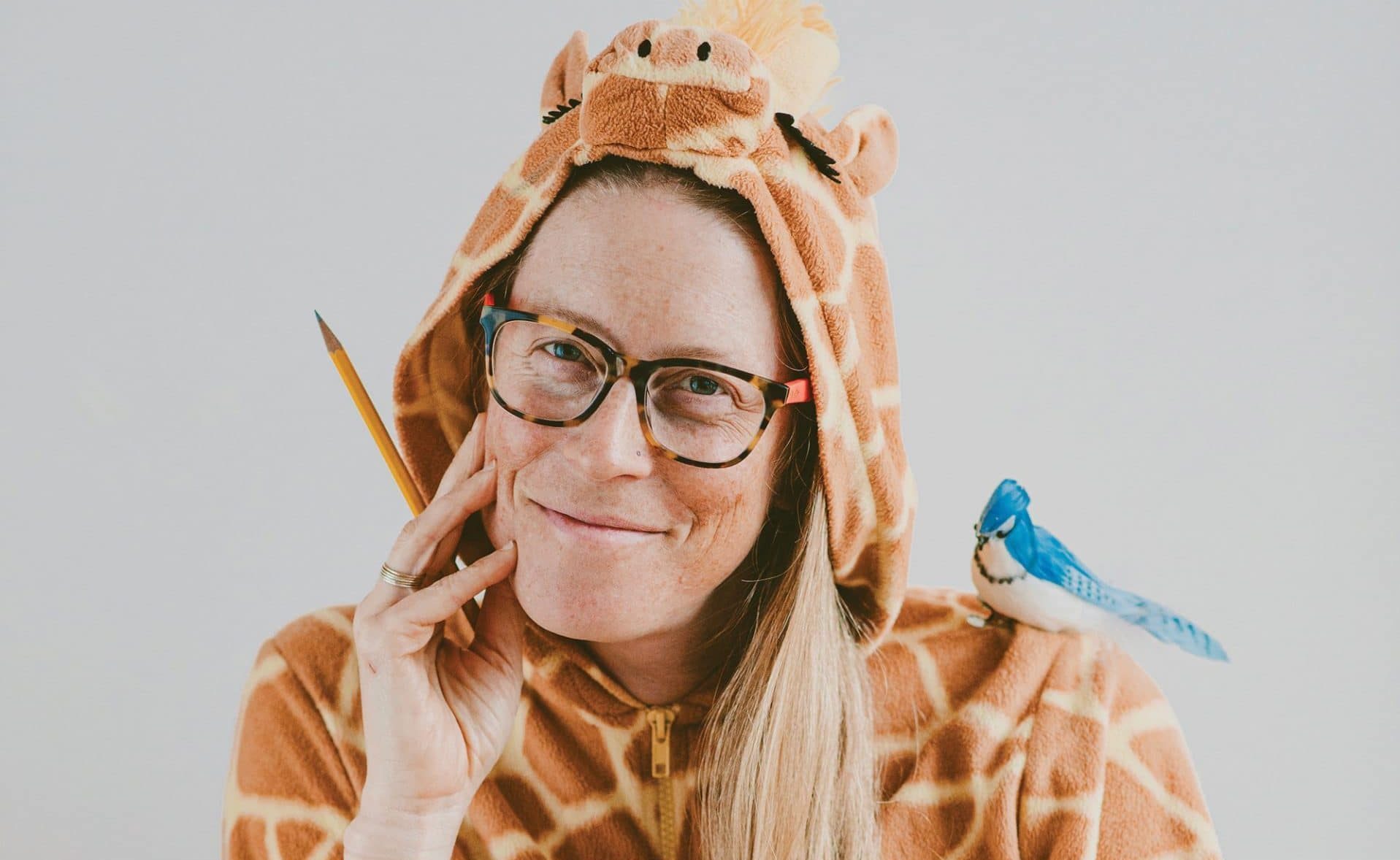 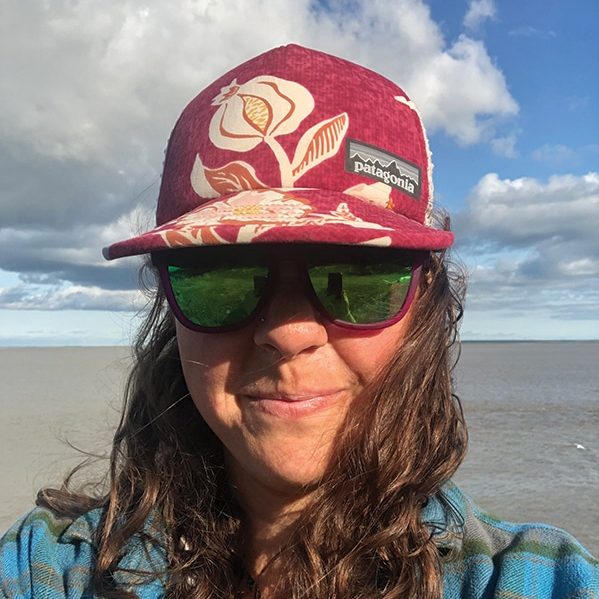 I n the year 2000 Sara Boilen opened up a map of the U.S., closed her eyes, and waved her finger in the air before plopping it down. She opened her eyes to find that she had landed on Babb: a tiny town in northwest Montana on the Blackfeet Indian Reservation.

Sara packed up her Volkswagen Jetta, drove west, and spent the summer washing dishes, learning to bake, and – most importantly – hiking endless miles in Glacier National Park. It was clear to her then that Montana would be her home.

Twenty-two years later, she’s fully rooted in the Flathead Valley and deeply invested in making it a healthier place for everyone.

Like most residents, Sara spends a lot of time outside playing in the mountains. She’s a mountaineer, telemark skier, biker, and swimmer. She ticks off chossy peaks each summer with a goal of climbing all the obscure summits in the park. She’s also a kick ass-baker who carries extravagant (and heavy) desserts to the tops of mountains every month of the year. Sara believes in wholeness in every aspect of her life: balancing good with bad, hard with easy and difficult with delightful. Climbing mountains is difficult, and balancing that feat with tasty desserts brings absolute delight!

“Wouldn’t that be an awesome day? When nobody needs therapy?” Sara laughs. “I’ll just hang out and go skiing.”

But Sara’s labels go beyond those of a mountain athlete. She also holds a doctorate in clinical psychology, is an author, and the founding owner of a successful small business: Sweetgrass Psychological Services, a community-minded mental health clinic for everyone.

Sara founded Sweetgrass in 2013, after several years of working at a therapeutic boarding school in Marion. Although she enjoyed the work, she realized it wasn’t quite what she was looking for.

“But I quickly realized I couldn’t keep up on the need,” she remembers. “There was such a need for quality, affordable, accessible mental health care.”

Nearly a decade later, Sweetgrass has 16 employees who work between two locations in Whitefish and Columbia Falls. Each year, Sara hires more people and expands her services, but the company’s growth isn’t able to keep up with the mental health needs of the Flathead Valley.

“Each week we turn away three to five people,” Sara says.

In response, Sara and the team at Sweetgrass have reframed the traditional methods of addressing mental health. One-on-one therapy is great, Sara says, but there are other ways to help people, starting with getting the therapists out of their offices.

As a part of their contract, all Sweetgrass employees are required to work community events or teach classes around the valley.

“So that means they teach a free parenting class, or they staff a booth at the Pride festival,” says Sara. “We’re getting out of the office and into the community as much as possible.”

Residents of the Flathead Valley experience similar mental health struggles to many small towns in the rural mountain west: higher suicide rates, increased substance abuse, a stigma related to seeking mental health help, and a lack of mental health providers. Combine these issues with a tourism-based mountain community, and Sara says life here can be pretty tough, even the parts of it that are supposed to be great.

“I think, additionally, there is a lot of pressure to have a good time, to go harder, go faster,” says Sara. “If you have a child, then there’s pressure for your child to be the most badass, coolest kid on the mountain. And it kind of just never ends.”

To address these issues head-on, and preferably before they get to a critical point, Sara and her colleagues at Sweetgrass recently founded a nonprofit, Well Montana. The nonprofit focuses on preventive ways to help people from becoming “un-well” in the first place.

“We’re really just trying to get into every business in the Flathead Valley and teach people the basics about mental wellness so that they can take care of themselves before things become problems,” says Sara. “We could, ideally, create a culture in the Flathead Valley where Montana is the healthiest place to live.”

So far, the team at Well Montana has conducted seven mental wellness workshops with businesses around the valley, including a vet clinic, a bakery, schools, and several nonprofits.

As if all of Sara’s badassery in the community isn’t enough, she’s also spent the past five winters using her unique expertise as a clinical psychologist and avid backcountry skier to teach a lesson on the human factor at avalanche courses through the Flathead Avalanche Center. It’s a known fact in the backcountry world that people can learn about the causes of avalanches and safer conditions for backcountry skiing, yet human relationships can still lead to fatal mistakes.

“It’s kind of like a psychological look at how and why people die by avalanche, and trying to educate folks so that they can make better decisions with knowledge that we have from the field of psychology,” she explains.

“Wouldn’t that be an awesome day? When nobody needs therapy?” Sara laughs. “I’ll just hang out and go skiing.” 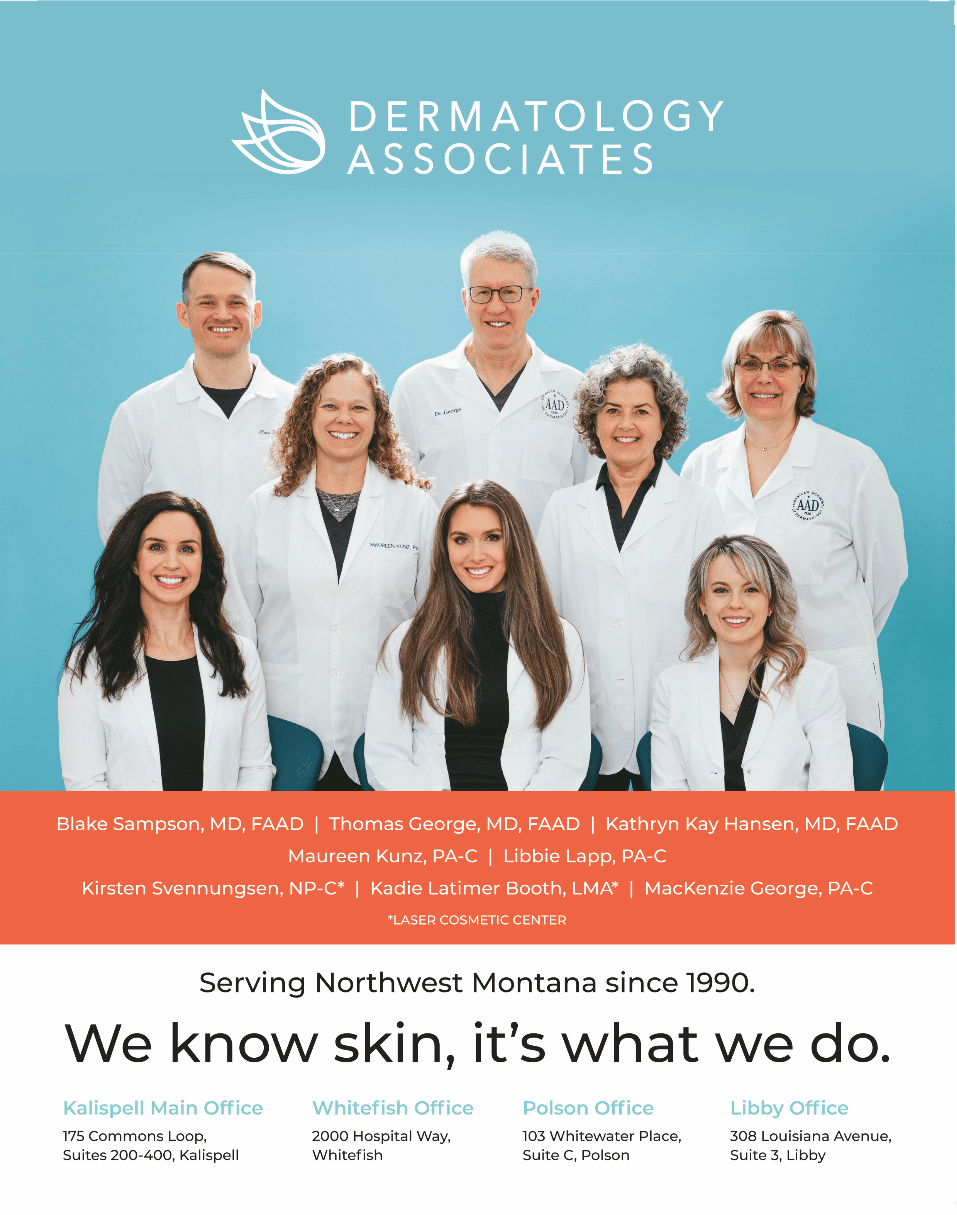