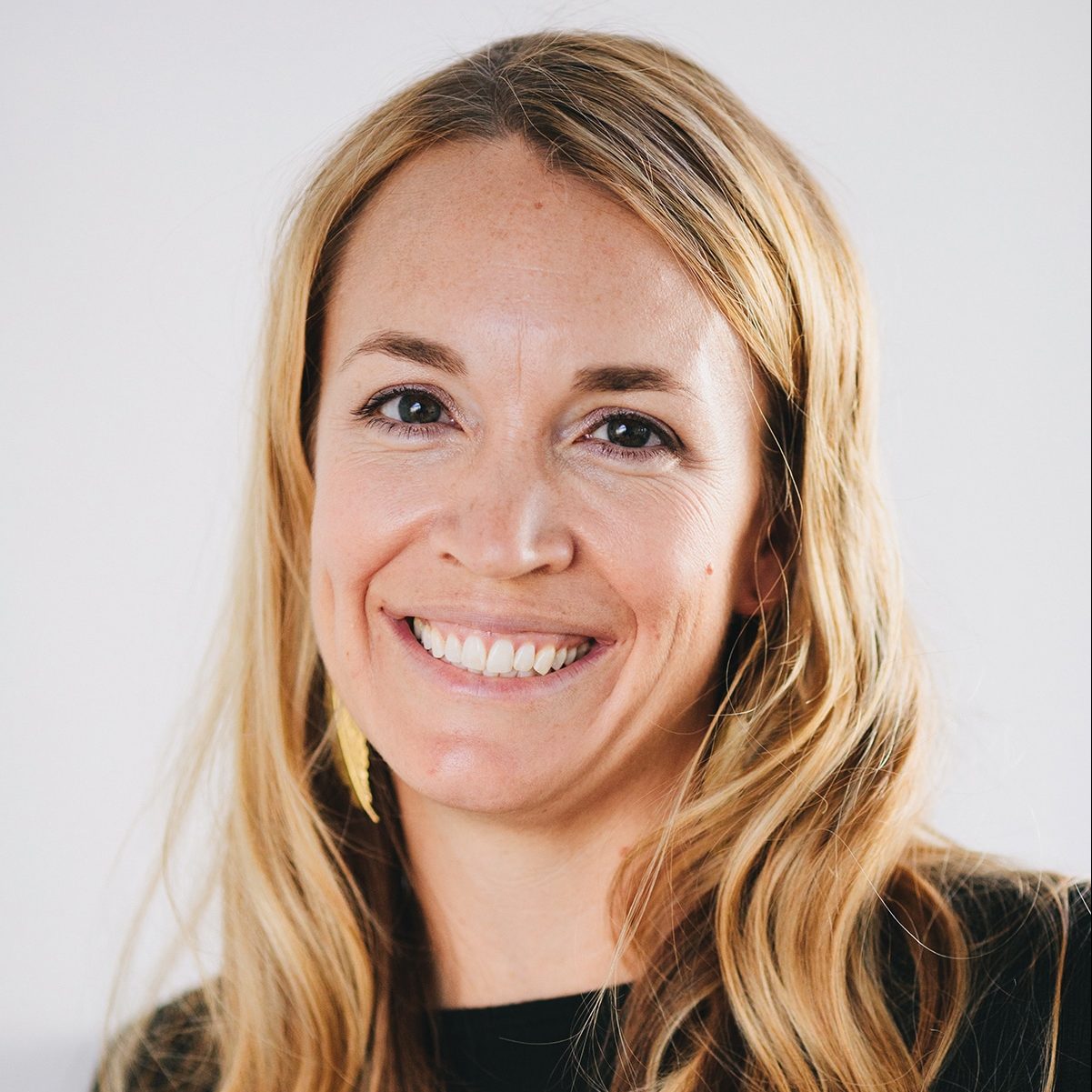 Flathead Lake is ideal habitat for lake trout. Too bad they don’t belong there and, even worse, they eat their underwater neighbors. In an effort to restore the native bull trout and cutthroat trout to sustainable levels, the Confederated Salish and Kootenai Tribes have undertaken a two-pronged approach to reduce the lake trout population. They sponsor the annual Mack Days fishing tournament — lake trout are also known as mackinaw — and also spend 160 days a year gillnetting lake trout.

The gillnetting program results in 11,000 to 13,000 pounds of fresh, locally caught lake trout entering the grocery and restaurant markets each year, plus several thousand pounds that goes to local food banks. Combined with the Mack Days harvests, the programs remove around 100,000 lake trout annually, providing space for native species to recover. The tribes hope to have success similar to Yellowstone National Park, where biologists have seen a resurgence in native cutthroat trout populations in Yellowstone Lake after more than a decade of removing lake trout, largely through gillnetting. 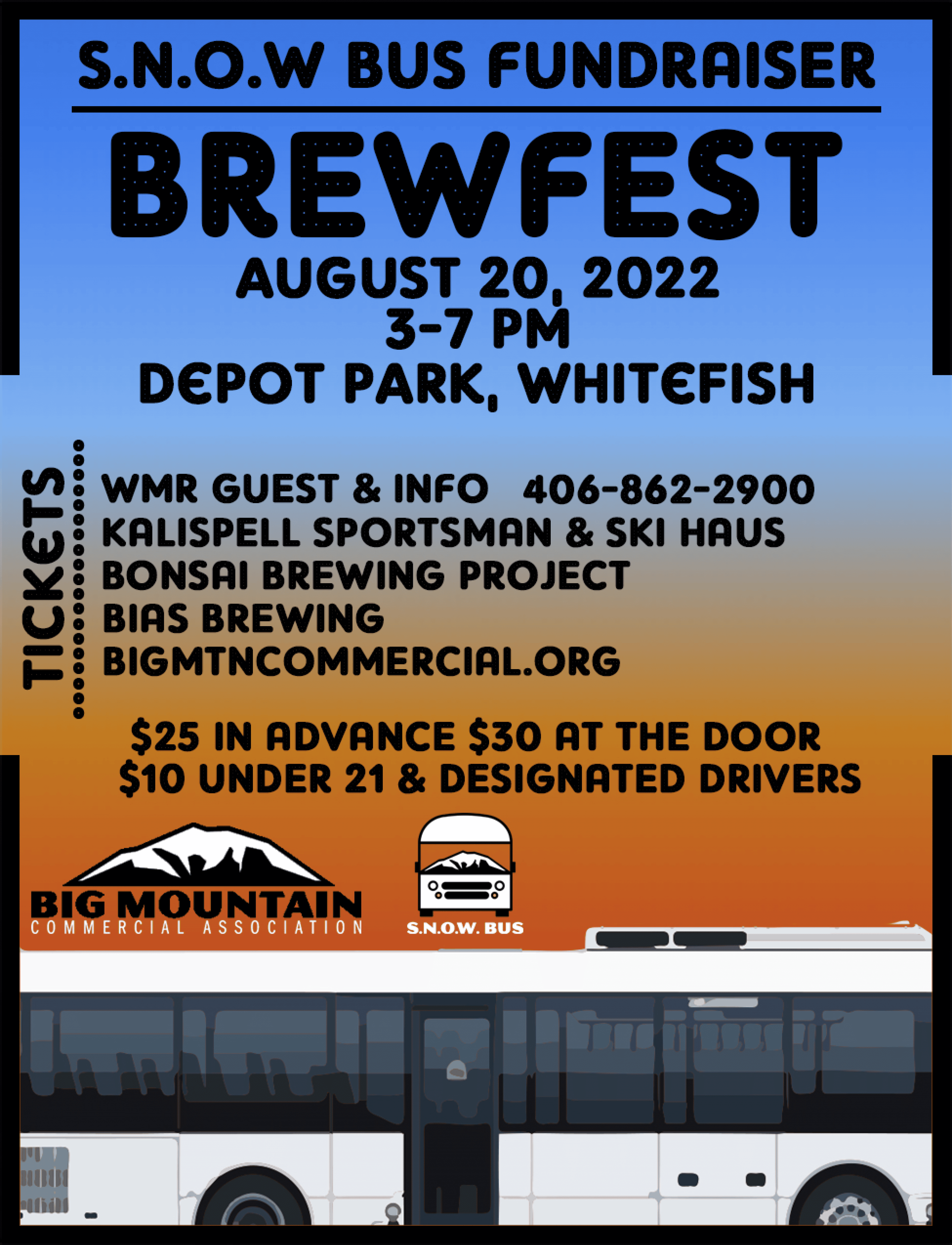 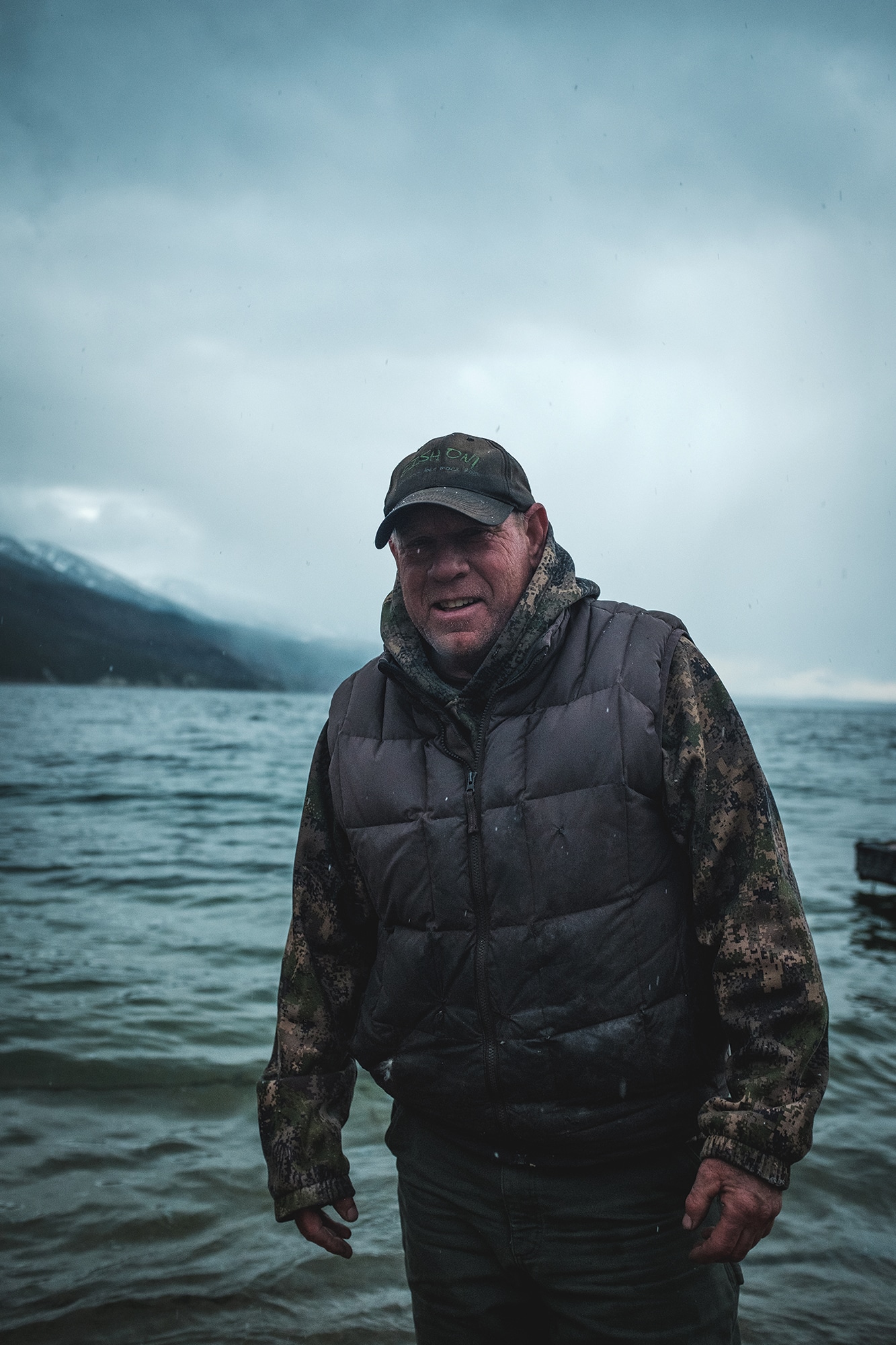 One of many regulars in the contest, Jerry Benson of Plains, Montana has been fishing Mack Days from the beginning. Held twice a year, in the spring and fall the contest brings in serious and dedicated anglers. 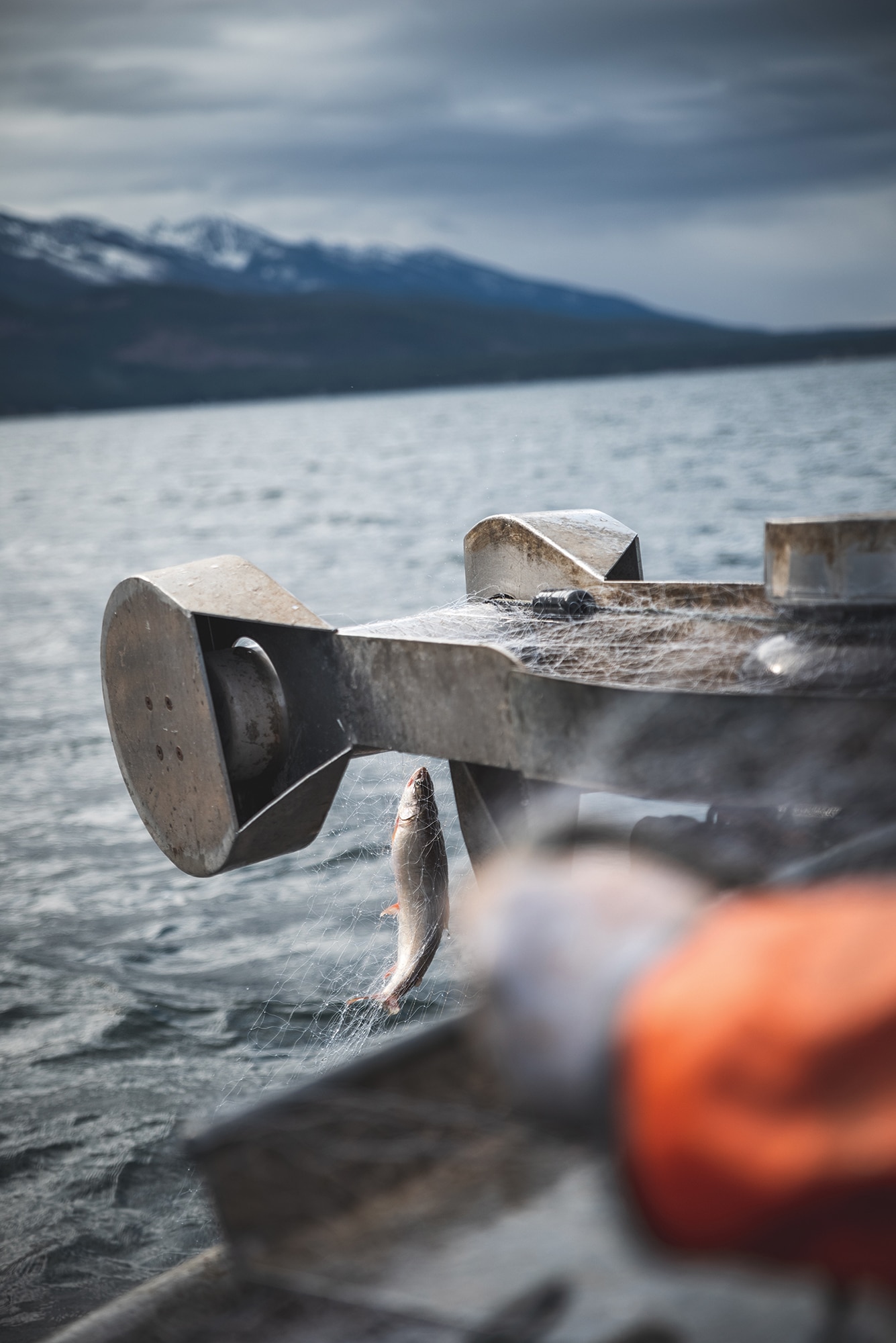 Working with staff biologists Native Fishkeepers has developed a program that is effective at both bringing in large numbers of the invasive lake trout, and avoiding taking of the protected bull trout. Net opening size, the depth at which its fished and the parts of the lake the fish all factor into creating a targeted removal operation. 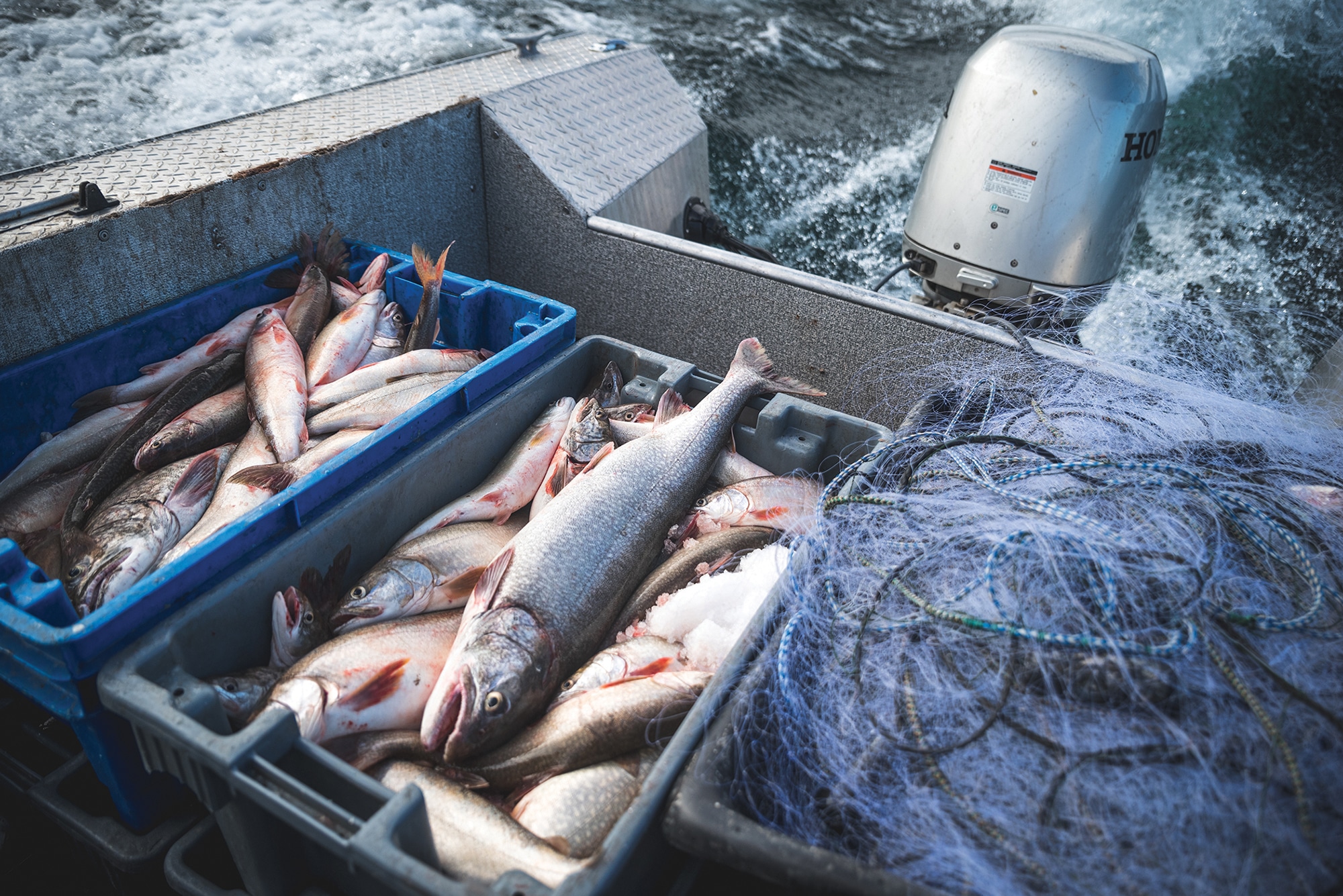 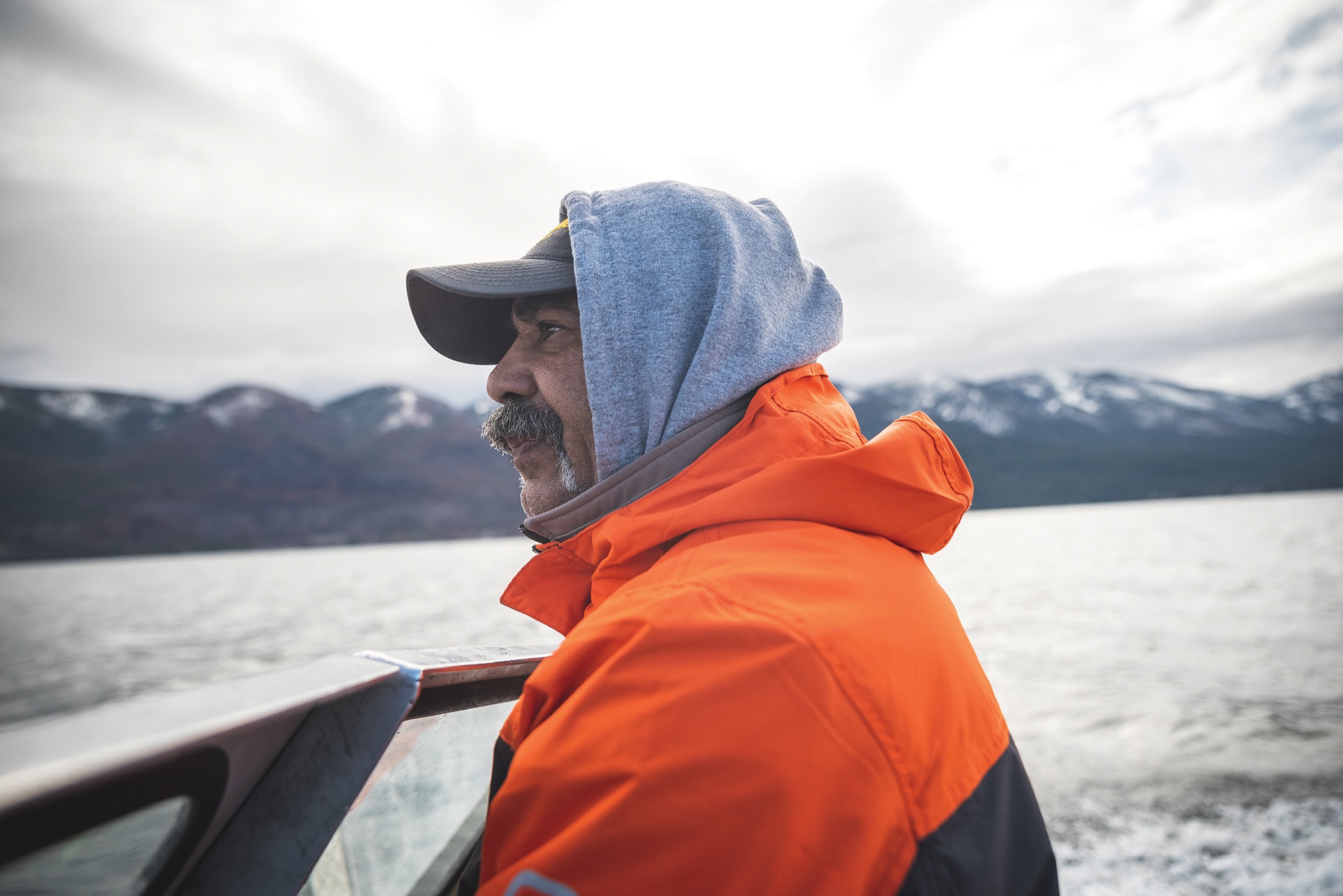 Joe Santos pilots the shuttle back to the marina. Native Fishkeepers catches, cleans, and processes up to 2,000 fish each day. While entirely removing lake trout from Flathead isn’t possible, biologists hope to keep their numbers in check to secure the future of the native bull trout and westslope cutthroat trout. 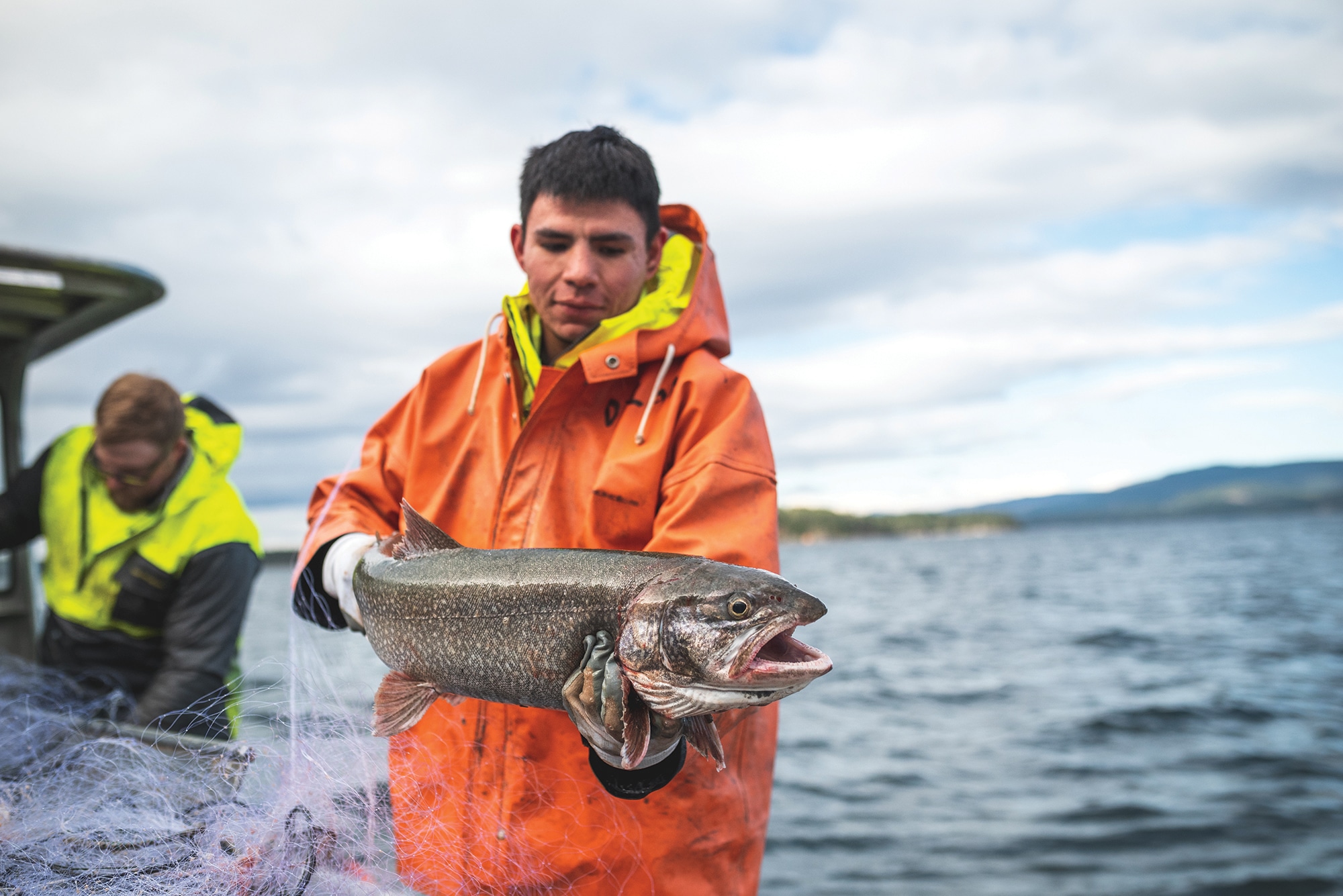 Lake trout can eat a fish up to half their size and grow up to 4 feet in length. That means a large fish, like the one pictured here can easily eat the biggest cutthroat trout you could hope to see in the system. In the last true stronghold of native Westslope Cutthroat trout, predation and competition for food by lake trout pose a risk to the future of these fish. 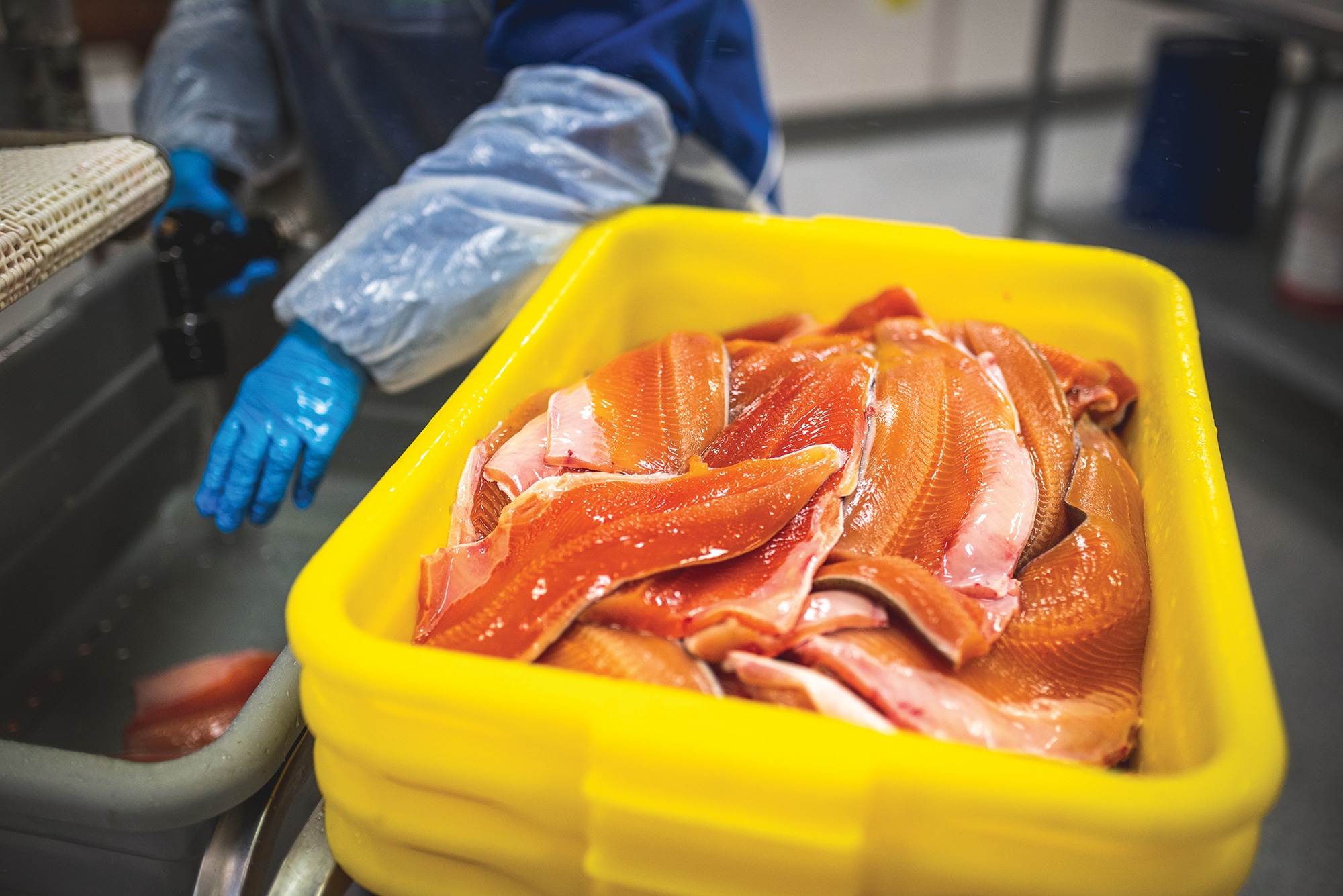 Fresh lake trout fillets waiting to be trimmed, packaged and placed in the blast chiller. Fish go from lake to freezer in a matter of hours and are then sold to local restaurants and national distributors. The revenues from fish sales are an important part of creating a sustainable long-term suppression program. 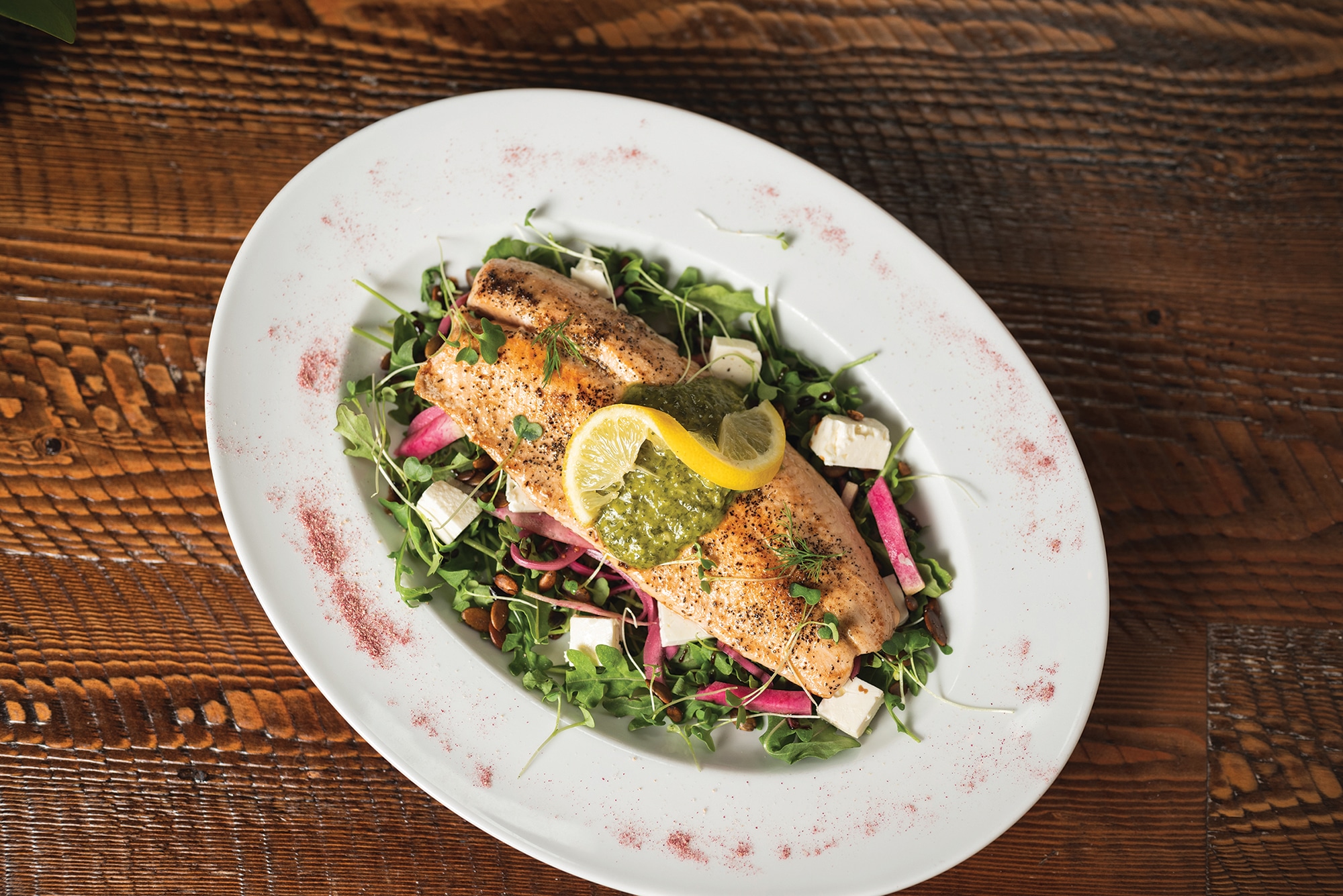 Fresh, local and sustainable: Citrus-seared lake trout with chimichurri sauce is a standout dish at Bonfire in Woods Bay.