When the virus pelted the world with lemons, these scrappy local business owners made something oh, so, delightfully sweet. 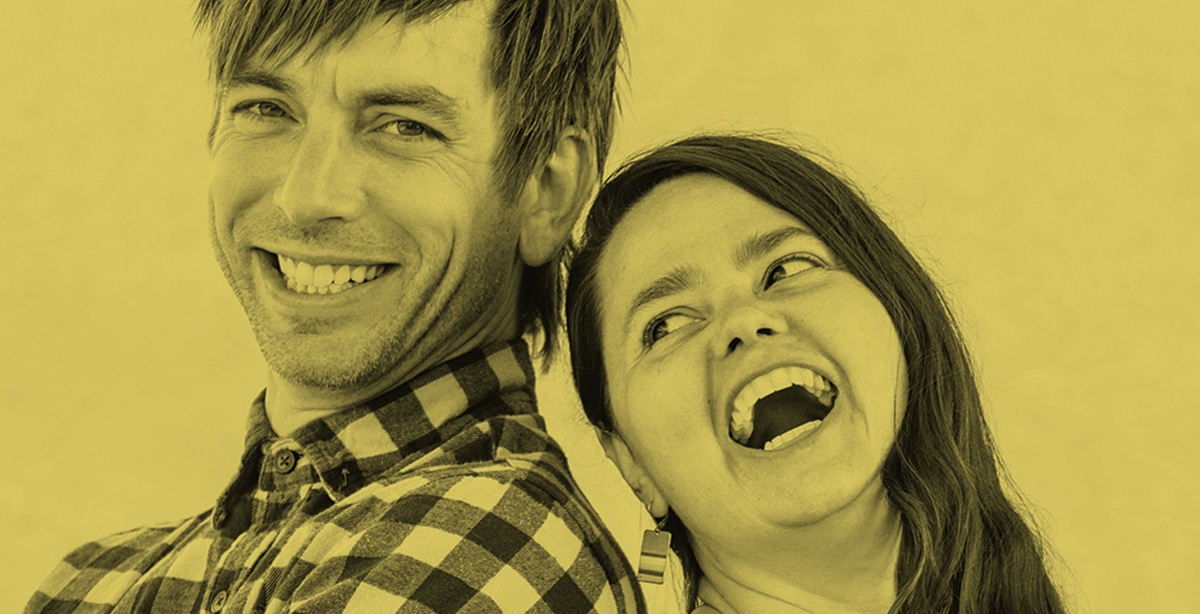 BACK TO THE FUTURE WITH GLACIER LANES

Like a pair of homing pigeons, Kristen and Derek Larson, both 39, felt the tug home five years ago, when their little one was on the way. After time spent living in New Zealand, Boston, New York City, and Portland, the Kalispell born and bred musicians moved back to the nest. They continued to play music at Montana venues as William Ingrid, their electro-pop duo. And then, in 2018, they became the new owners of Glacier Lanes bowling alley, a downtown Columbia Falls staple established during the dam boom era.

If that seems like a big pivot, let’s rewind a smidge, back to the Oregon days. After a decade in New York, the Larsons bumped west to be closer to musician friends. In 2011, they opened a small venue in southeast Portland called Boom Bap. It had a little-bit-of-everything garage culture, featuring live music, interactive art, experimental film, and more. At Glacier Lanes, they want to express their personalities and space-building creative genius, just a shade less Portland artsy underground, and a pinch more old-school Montana vintage. (There may still be a garage door involved.)

The famous Elmer Sprunger mural above the pins is untouched, obviously. The pin setters are original, dating back to the ’40s. The alley, which opened in 1961, lays claim to some of the country’s last remaining wood lanes, Kristen says, which they always wanted to restore. But, until Covid-19 forced their hand, there was never a good time to shut down, not with patrons as regular as the leaguers. This spring, they put in long hours and long days to sand the wood down to its original grain and restore the classic dark turquoise color scheme.

Glacier Lanes will emerge from this hiatus as a “fun house,” Derek says. Boom Bap “worked,” he continues, “because we made it just all-inclusive and said ‘yes’ to a lot of people. We made it into a place with many different walks of life.”

That’s the spirit they want to recreate at Glacier Lanes. Now, they’ll welcome open bowlers on three nights: Friday, Saturday, and Sunday. They relocated the lockers, just “rearranging the living room,” as Derek says. Casino machines, gone. In their place, a stage, with new lighting, new speakers, and a projection screen. There’ll be karaoke and bands; bingo and poetry jams. Maybe they’ll put arcade machines at the back of the stage, make it a “community stage.” And they installed better sound-proofing…they’ve had some noise complaints since they started doing live shows. On the food and beverage side, expect an expanded beer selection with local brews on tap, including kombucha. Know anyone looking for a place to park their food truck? The bowling alley’s courtyard is going to be open for business.

“Our goal, too,” Kristen adds, “is to bring in a new generation of people that love bowling. It’s fun! We want to get a younger crowd in there to fall in love with bowling and the community.”

“Since Derek and Kristin took over and started a fresh new vibe, and are trying to bring in a younger generation, I’ve seen more come in for open bowl,” Brandon says. “People just need somewhere you can go to have a fun time.” 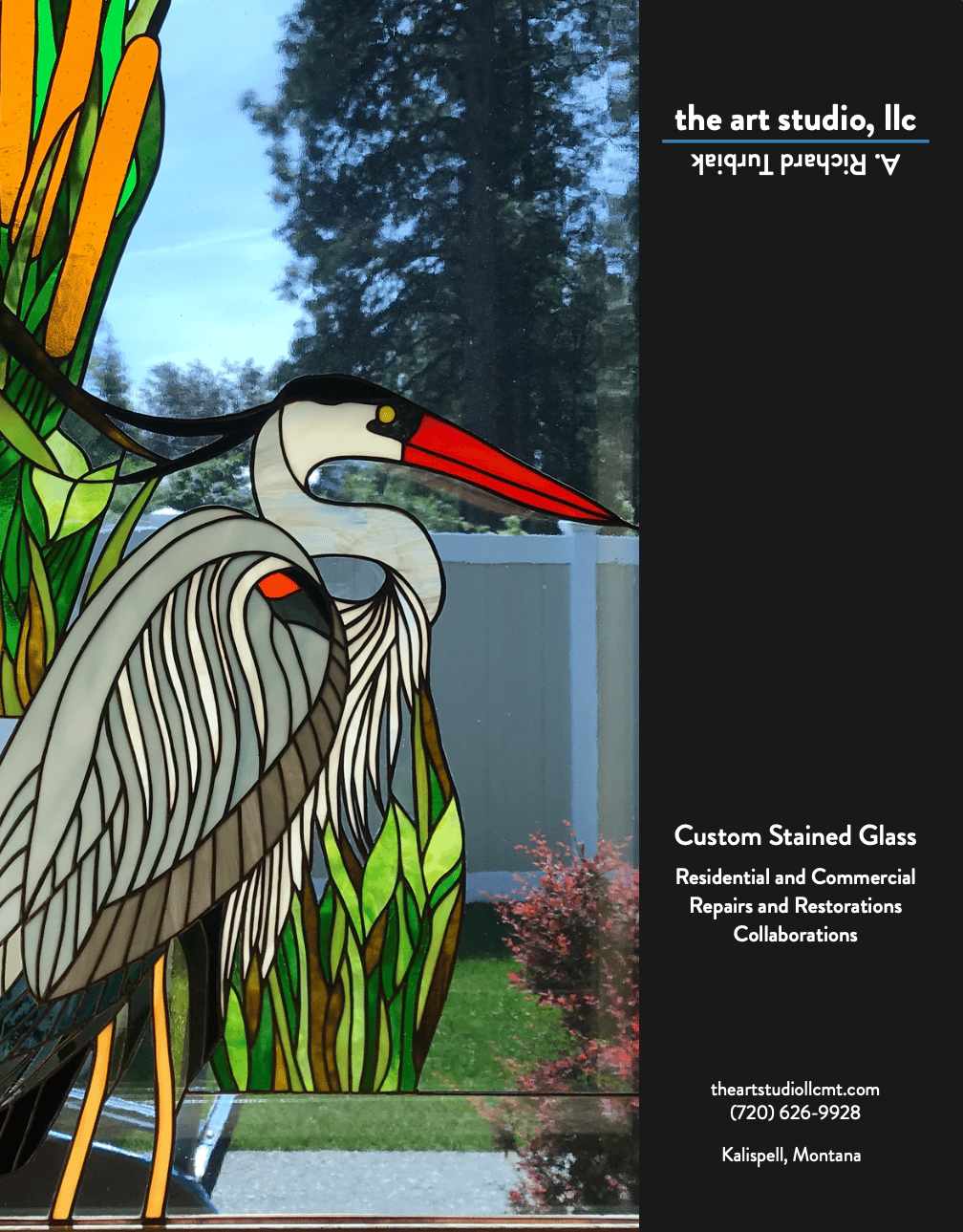 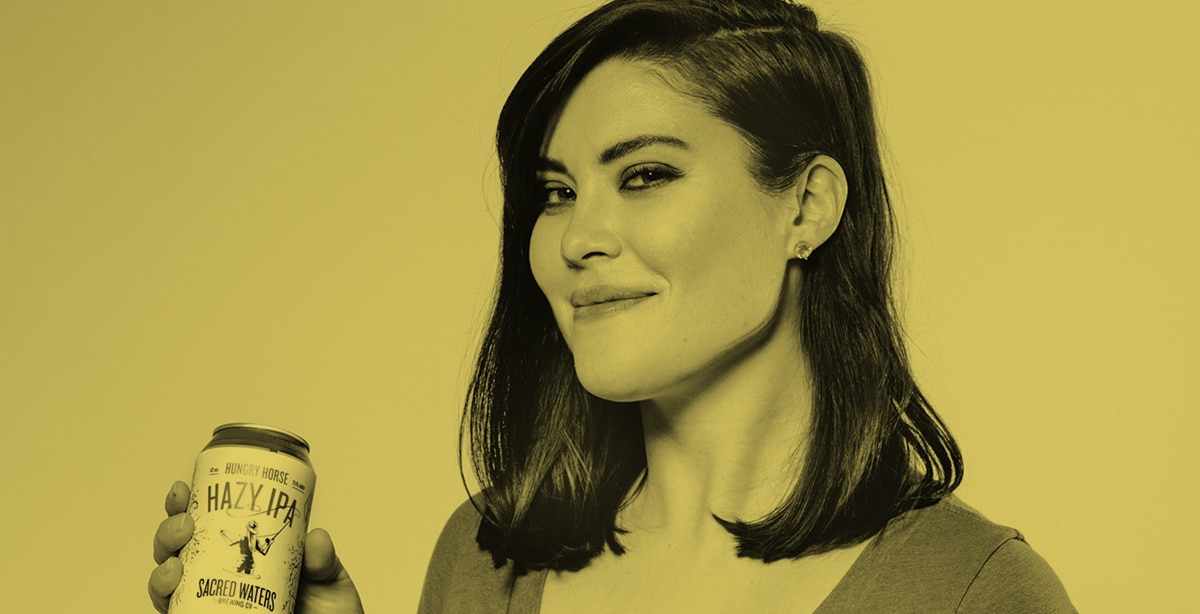 March 2020 found Jordan Van Eimeren applying thousands of Sacred Waters Brewing Company labels, by hand, to Great Northern Brewing Company cans. This past winter, the iconic Whitefish brewery closed its doors after 25 years, and owner Jeanie Konopatzke found herself with some 15,000 branded, but unused, cans on her hands. When the shutdowns came for Montana’s taprooms, Jordan scrambled to launch a canning line to get beer to her quarantined customers. Connecting the dots, Jeanie donated her leftover cans, passing the baton, in a sense, by helping the new kid on the brewery block weather this pandemic pause. Sacred Waters’s rush-order labels didn’t completely cover the old design, so you can still see Great Northern’s “Yahoo!” The repurposed cans are an instant artifact—if you were making a Flathead Covid time capsule, you’d best include one as a souvenir of savvy entrepreneurialism and community collaborations.

“The brightest rainbows come from the darkest storms,” Jordan says. “We’re going to look back at this time, and be thankful we got through it.”

In November 2018, Jordan founded Sacred Waters with two partners, her father, Kirk Gentry, and Rob Gambino, an alumnus of Flathead Valley Community College’s Brewing Science and Brewery Operations program. Jordan, 30, grew up by the confluence of the South Fork Flathead and Spotted Bear rivers, where Kirk owned and operated the Spotted Bear Ranch for more than a decade. In 2015, Jordan’s mom, Cathy, passed away after fighting stage 4 cancer for six years. This brewery is for her—in her spirit, and in her honor. “She was such a scrappy fighter,” Jordan says of her mother. “Every day, I’m thinking of her. She’s been my guardian angel through all of this. What would mom do? I want to do her justice.” 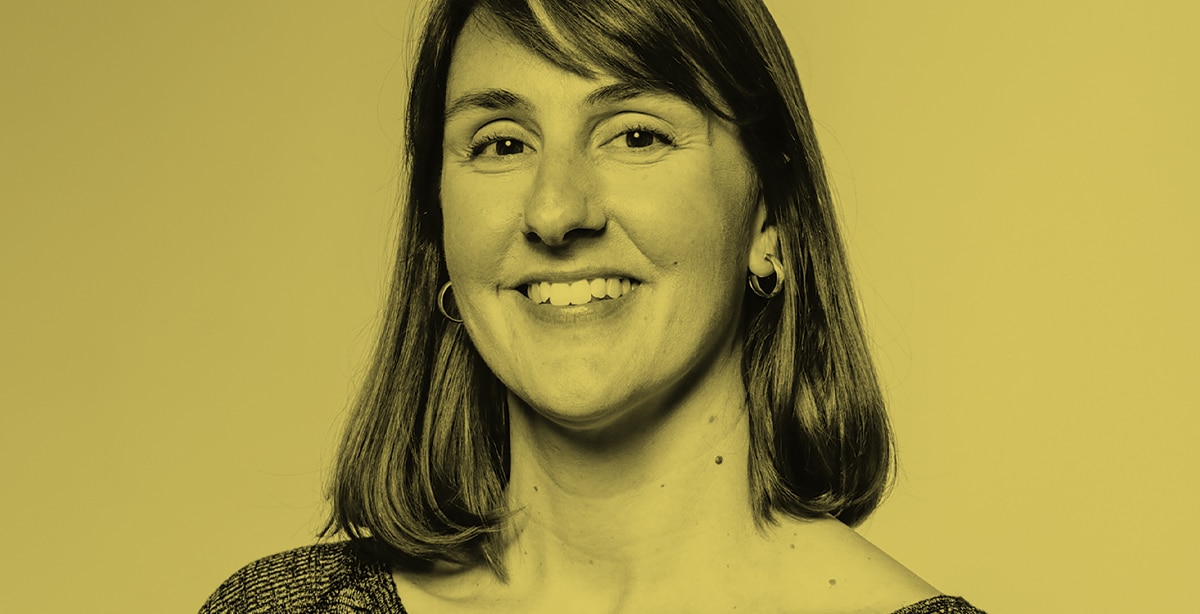 BALLET BY ZOOM, WITH NOBLE DANCE

Natalie Molter has an empty, sunlight-filled room in her house in Kalispell. It’s small; when she stands in the center, she can touch the corners. It was from this tiny space that she began broadcasting classes via Zoom into the homes of students enrolled in Noble Dance’s ballet school. “During Covid, it’s super important to maintain a feeling of wonder,” she says. There’s just something about putting on a tutu that opens up the imagination, even in a cramped pseudo-studio. This past March, Natalie and Noble’s three other instructors quickly and nimbly adapted their classes to the Covid-19 circumstances. Nearly 100 kids tuned in every week. “It’s more than dance, it’s more than ballet,” Natalie says. “We’re humans and we miss each other.” They danced in their kitchens and in their living rooms, with siblings, pets, and parents in the background.

Natalie, 43, grew up with ballet in West Virgina and made a career of it, dancing professionally for companies like the Carolina Dance Theatre and Ballet Internationale and the Hungarian National Ballet. Then, in her mid-20s, she walked out, sick and tired of the ballet world’s cutthroat atmosphere. During a road trip across the west, she visited a friend who was employed in Glacier National Park. It didn’t take long for the Flathead to feel like home, so she put down roots. In 2010, she coaxed her mentor, Carol Jakes Sullivan, out of retirement to help launch Noble Dance, with a full roster of programs for youngsters through advanced high school ballerinas. For years, Natalie’s Main Street school, with its warm, no-drama learning environment, has been a place where students feel at home. 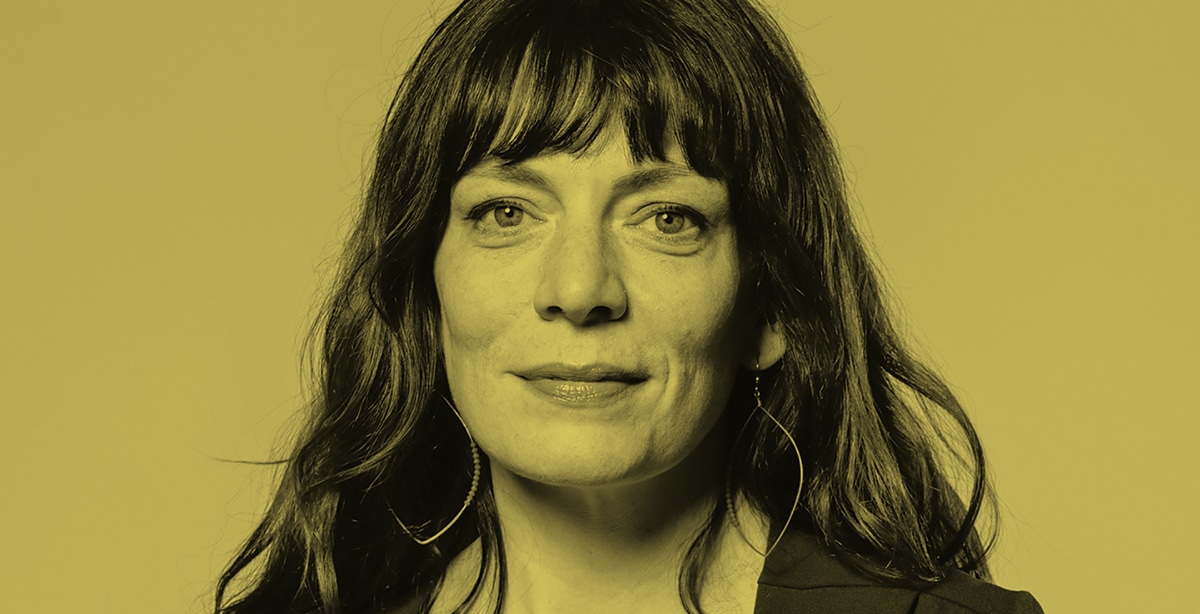 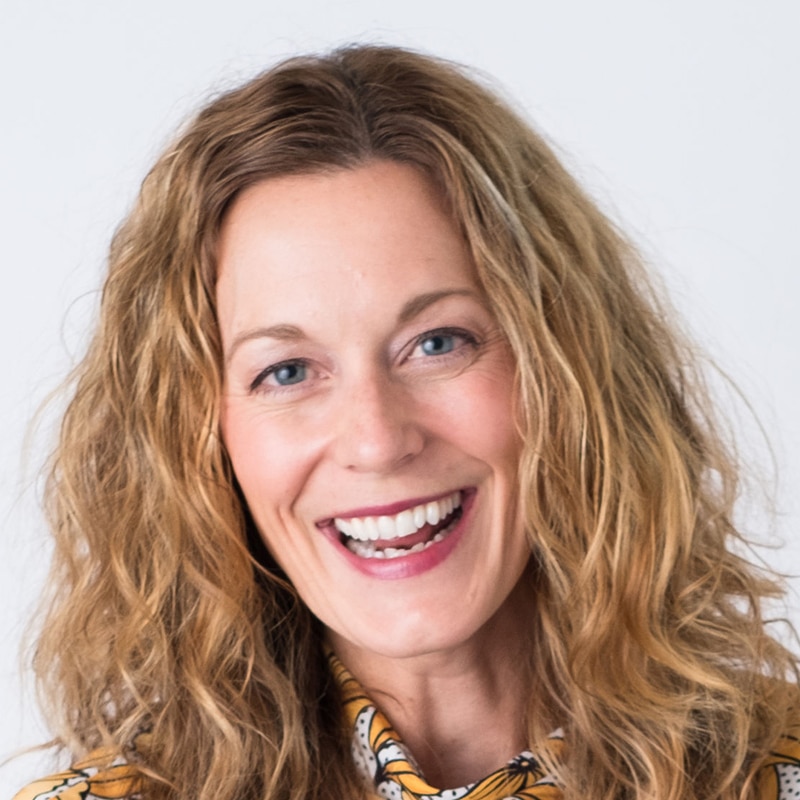 Partner Kelly O’Brien remembers her final turns on Whitefish Mountain Resort with her family, on what she refers to as “the last day of innocence.” When Governor Bullock’s stay-at-home order came on March 15, the new strategy she thought she would have weeks to roll out suddenly became an overnight, reactive plan. And reactive was a new feeling for Kelly, who is normally a cool-headed planner and strategist.

“For a couple of weeks, it was just really stressful. It was all blending, reactive, and I couldn’t see the bigger picture,” Kelly said. “Like everyone, life was just very, very hard for what felt like a long time.”

Within the first two days of the new normal, the firm transitioned to staffing only two people in the office at a time, arranged a locked breezeway for clients to drop off documents, and scheduled weekly Zoom calls to check in with everyone. Easing the firm’s older clients into videoconferencing proved, eventually, to be a success for many—and in the end, a few actually loved it. As restrictions have lifted, the firm is now able to enjoy some of their new strategies.

Knowing that another virus surge is predicted, Kelly’s advice is to get prepared now. The onset of a crisis is not the ideal time to get your affairs in order. She fielded a massive influx of calls in the first week of the shutdown, from clients trying to update their wills and estates. Better to be proactive enough so that you free up the emotional and mental space to deal with unexpectedly pressing matters…like where to find toilet paper. 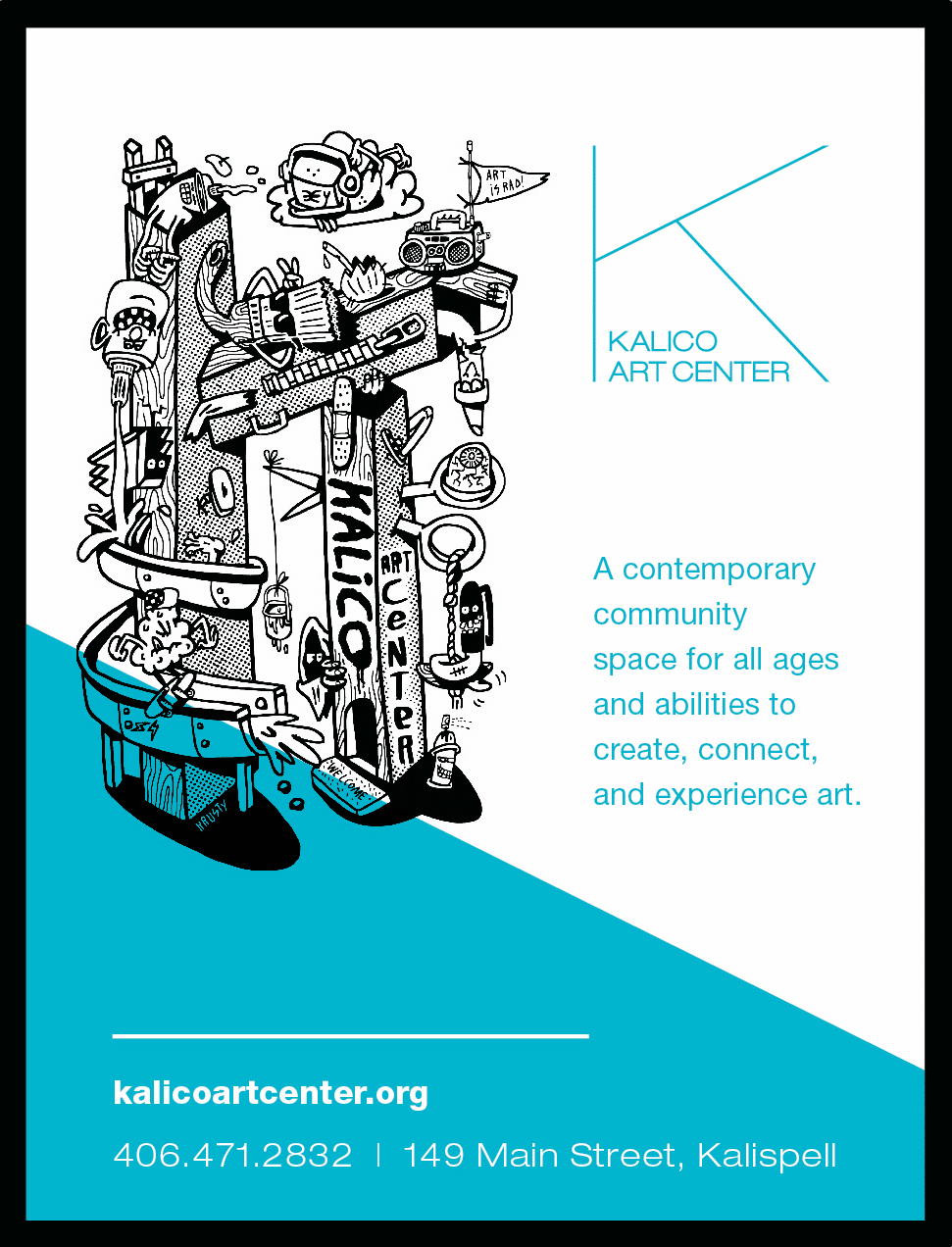 1. Choose a lawyer. Even if you aren’t ready to set up an estate plan, file a new business, or get divorced, chances are you will need an attorney at some point in your life. It’s best to be on file with one before it’s an emergency.

2. Get your estate in order. Estate planning is for anyone who owns anything. Your plan should include a will or trust, care of minor children, and financial and health care powers of attorney. Who is empowered to make life-altering decisions in your place? Make sure it’s well documented and notarized.

3. Review your beneficiary designations. If you already have an estate plan, it is important that your financial accounts are current and match those in your will in order to avoid costly confusion. Contact your bank directly and they will provide the necessary forms. Your attorney will ensure it matches your will provisions.

5. Custody plans. A crisis section of your custody agreement addresses how you will handle homeschooling, childcare, and financial issues related to the care of your child in the event of disruptions to school and/or work.