Go with the flow

Pete Costain combined his lifelong love of mountain biking with his eye for the perfect line into Terraflow Trails. 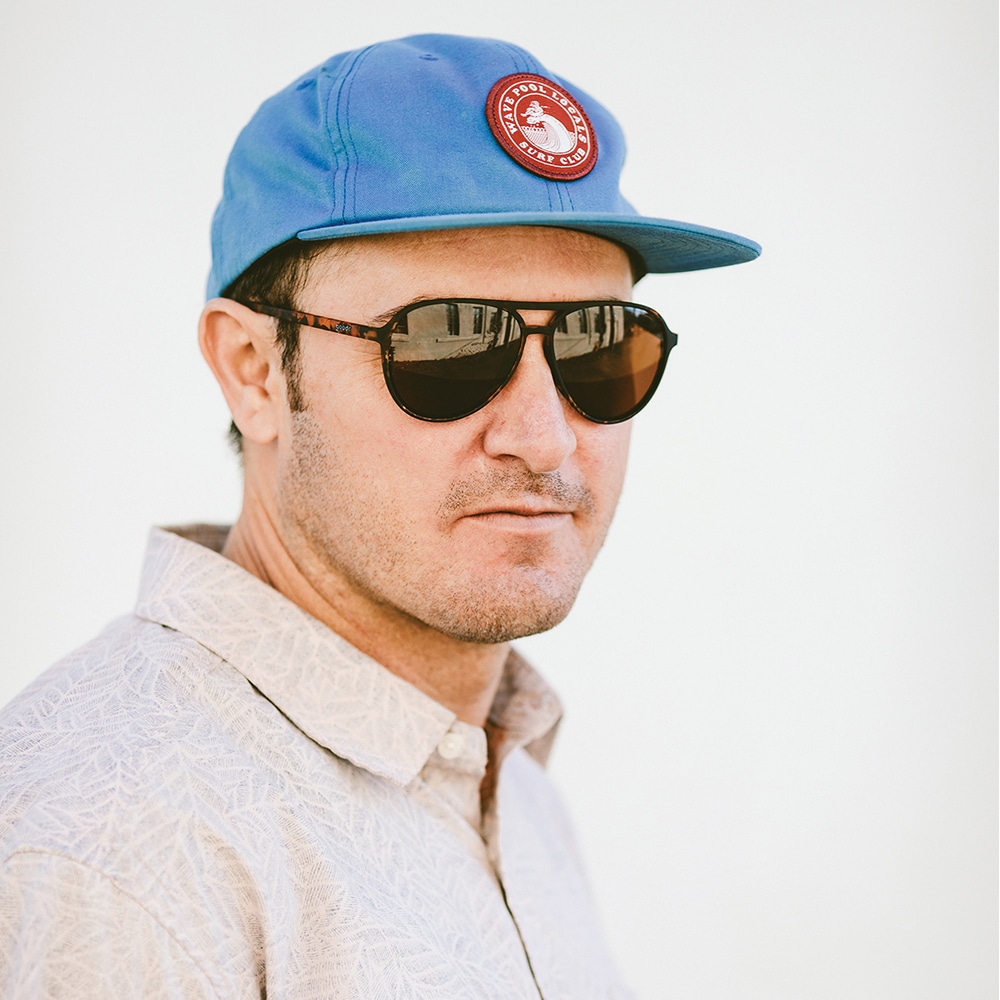 Y ou know a flow trail when you ride it:

There’s an effortlessness to it, the ability to float along the corners at just the right grade, often just coasting along without much pedaling or braking. (The ear-to-ear grins on the riders are another dead giveaway.)

While riding one of these trails feels smooth and easy, building one is not. It is one part insanely hard work mixed with an equal dose of perfectionism. Riders should surf through the forest without seeing any signs that a machine has ever been there, no small task when trail building starts with a mini excavator, a serious destruction machine designed to chew through everything in its path. 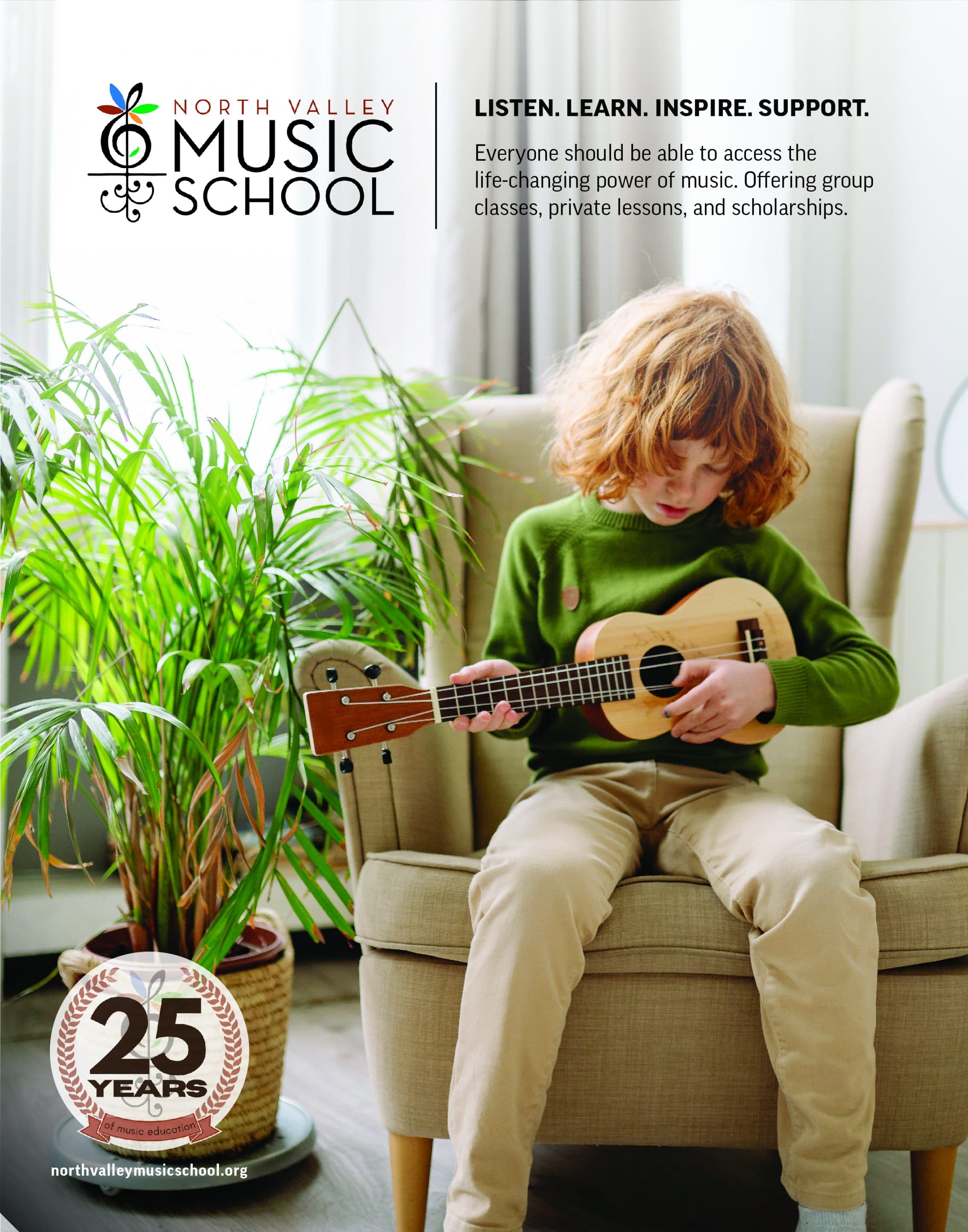 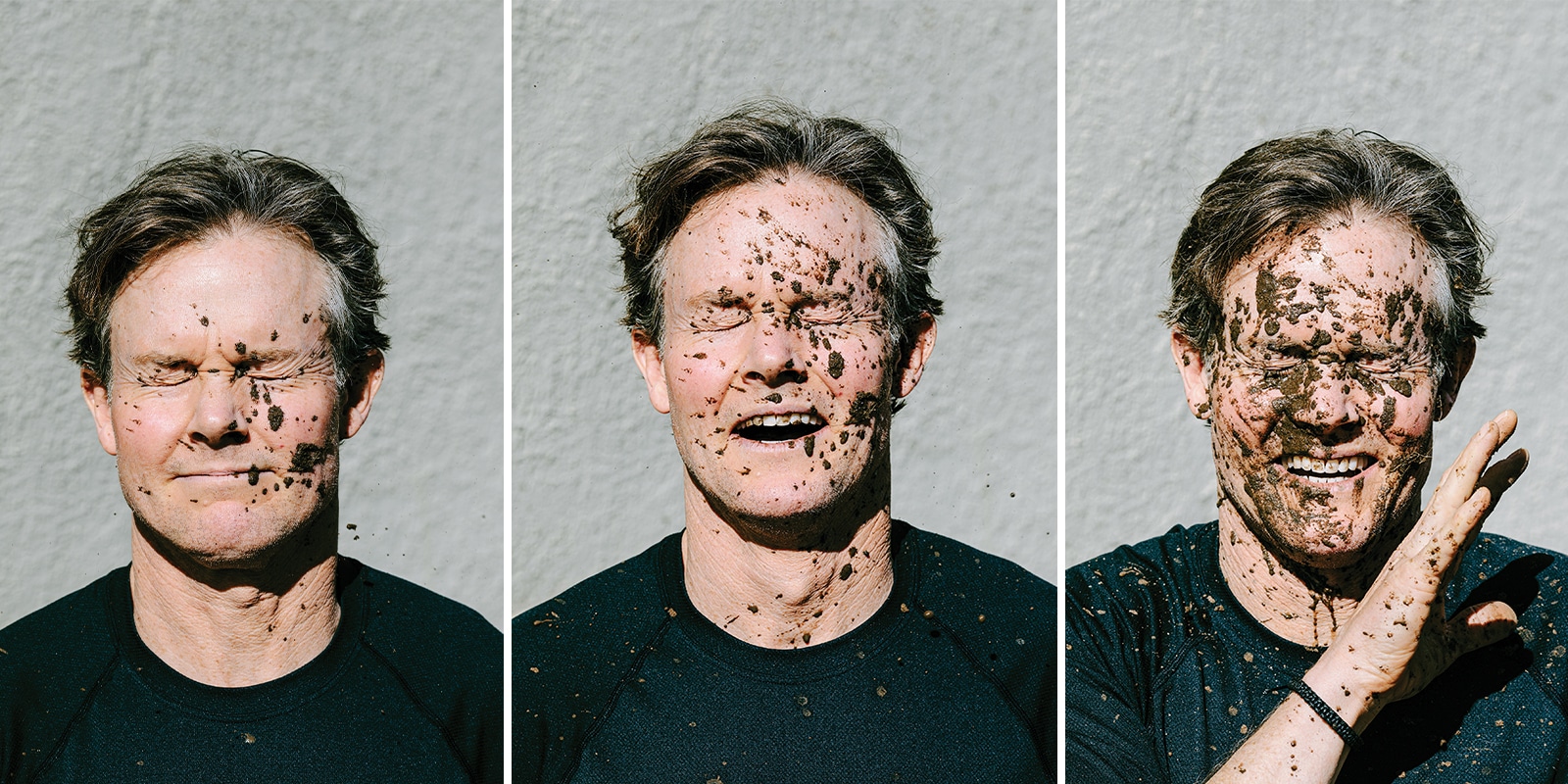 A dirty picture of Pete Costain

But this is exactly where the artisanal builder stands out from the workaday. Anyone with decent hand-eye coordination can rip a path through a forest or build a rideable switchback up a mountain. Not everyone—hardly anyone, in fact—can see what Pete Costain of Terraflow Trails sees when eyeing up a new section of trail: he can simply envision where each roll, swoop, swale, and berm should go, fitting them against and around the natural features of the land.

“My brain seems to be hardwired for it,” Costain says. “When I’m on the ground, I can kind of visualize how it would look from the air, and I sort of fixate on the things I want to highlight. My dad was in the military his whole life. He did three tours of Vietnam and he talked about how, as a platoon leader, he always sort of knew where he was going. He had the whole north, south, east, west thing in his head, he knew where drainages were going. And I feel like we share that.”

As someone who has worked for Costain and doesn’t possess that unique ability, it was equal parts frustrating and inspiring to complete a section of trail and think it was pretty good, until I walked it with him. We’d analyze every single curve, rise, and dip, and inevitably come to the conclusion that it could have been done a little bit better. His eye for the trail is like Norman Maclean discussing the perfect fly cast: a person’s best efforts always fall short of the ideal.

To build a trail that meets those artistic standards and will also stand up to bikers and runners and sometimes even horses over the years, Costain and his Terraflow crew start by removing the organic top layer: all the roots, rocks, needles and moss that would continue to decay, eventually leaving behind cavities that would make for a bumpy, unpleasant ride. Once they reach bare earth, they start shaping the trail. The crew at Terraflow are all riders themselves; as Costain explains, “It’s easier to teach a mountain biker how to run a machine than to teach a machine operator what a flow trail is.”

“He can simply envision where each roll, swoop, swale, and berm should go, fitting them against and around the natural features of the land”

Costain has taught his team little tricks to accomplish a natural-looking trail, such as spinning the excavator once the bucket has filled, then opening the bucket at the same time the arm extends, dispersing all that unwanted organic material in a progressive cascade across the forest floor. They can also scoop up and relocate plants from the path of destruction during the wet season, when they’re likely to survive transplanting. A big patch of bear grass might find a new home 10 feet to the left of its original spot, hopefully growing like it has always been there. 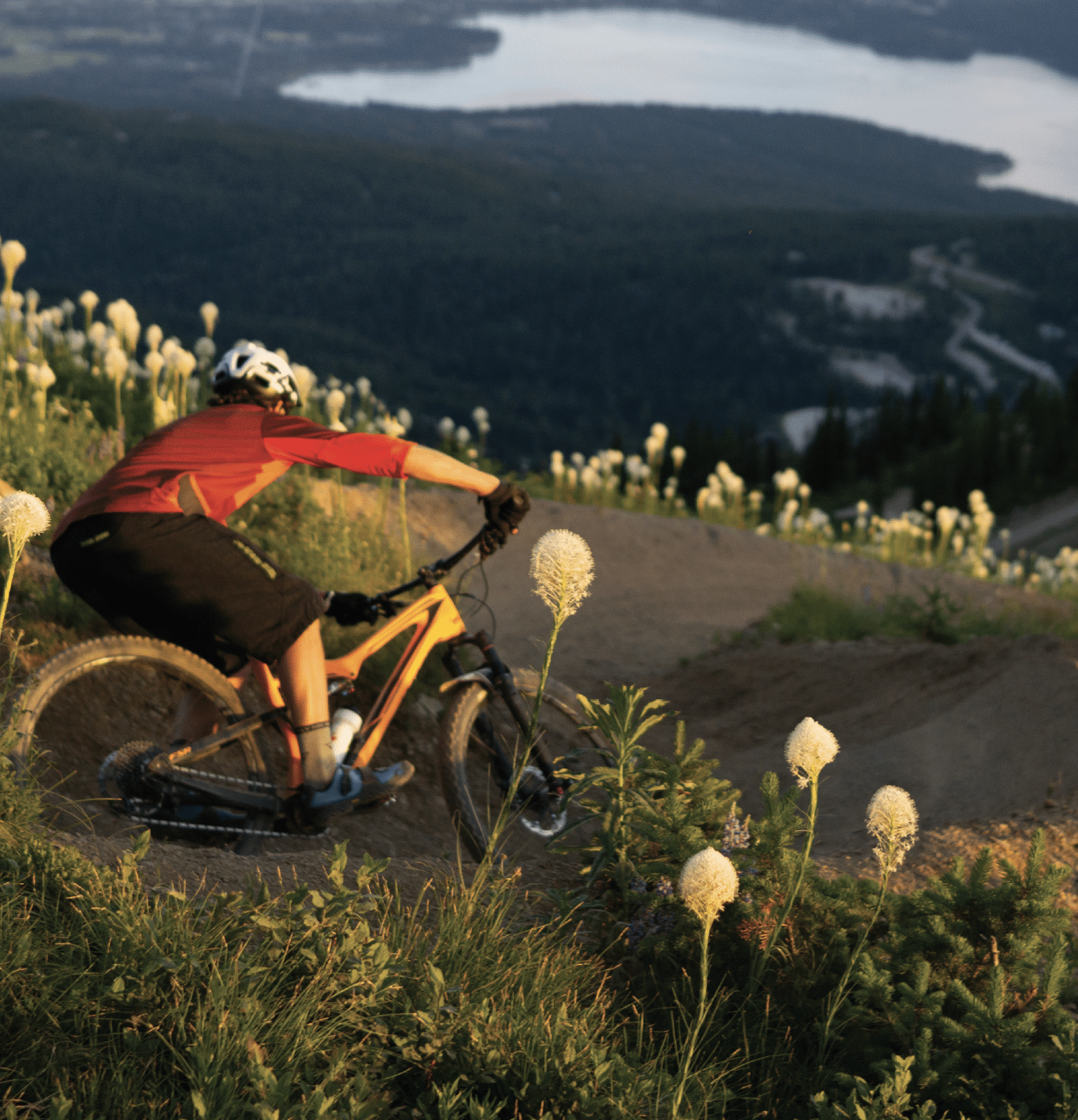 No matter how talented the excavator operator is, a hand crew still has to follow the machine, getting rid of smaller rocks and tamping down the trail with their feet. They spend hours making tiny deliberate footsteps in a pattern that brings up the smaller pebbles so they can kick them off the trail, a maneuver that resembles the honey bee doing her dance around the hive. A good mountain bike trail looks like it was built entirely by hand. Terraflow’s “dirt signature,” if you will, is a finished product that is ridiculously smooth but also has character as it navigates the forest, giving you the feeling of being on your own magic carpet ride.

“I was sick of watching all my ski bum buddies raking it in moving dirt,” he laughs. “I was like, ‘Is there room for more in the valley, do you think?’ and they were like, ‘Oh, hell yes! Go buy a dump truck.’”

So Costain excavated for a living, though he spent plenty of off hours creating unsanctioned bike trails with his buddies in the forests around Whitefish. In 2007, Whitefish Mountain Resort decided to build the Runaway Train bike trail, and Costain got the job.

“We had lots of volunteers, I bet we had 15 to 20 people sometimes,” Costain says, remembering how excited the local mountain biking community was to have a legitimate downhill trail on the mountain. He’d never built a trail with machinery before, but he borrowed a mini excavator from a friend and learned on the go. And he found a viable business opportunity in his love of mountain biking.

“Oh my gosh, if I can do THIS, I’m going to do this,” he thought. At the end of that project, Costain bought his own mini excavator and declared himself a trail builder. Not long after, he was one of 50 or so people on the visionary board for the Whitefish Trail. The section heading out to Skyles Lake was challenging; the only way between sections of private land was through a rocky cliff band.

“Okay, somebody’s going to have to build this, right?” Costain remembers thinking. “So I was asking around in my whole circle of friends, ‘Are you guys going to bid on this job?’ and they were all like, ‘Um, no.’”

So newly incorporated Terraflow Trails took the job. “Nobody, including me, had any idea how far I could get a machine across there without blasting,” Costain says. They chipped away at the rocky terrain with the excavator, moving about 2 feet every two hours, until they hit 200 feet of real cliff. A blasting expert came out and told them where to drill holes for the explosives; Costain and his crew belayed off the cliff face and drilled the holes with an air drill. The expert set the charges, then they went back in and cleared the debris. “I think it took a solid two, two and a half months,” he remembers. “But that was the most fun I’ve ever had building trails around here.”

After that, Terraflow took off, getting contracts from the U.S. Forest Service and Big Sky Resort, as well as more work at Whitefish Mountain Resort, including the iconic Kashmir and GNR trails. As word spread, the company also began building private hike and bike trails for wealthy individuals, the kinds of projects that provide a financial cushion for Terraflow to take on other ventures. Like their next big leap forward: Legacy Bike Park, a standalone bike park under construction on 600 acres in the hills above Lakeside.

To bring this destination biking experience to life, Terraflow is partnering with Mindful Designs, a Whitefish-based custom home builder. Costain and Mindful Designs partner Marty Beale have been riding buddies and work associates for years; Dirty Pete’s dug the foundation of more than one Mindful Designs home. Beale had watched Terraflow grow while also seeing mountain biking evolve from a fringe sport to a mainstream pastime.

Until recently, most mountain bike parks have been summer offerings at ski resorts, where they compete with other attractions like ziplines and alpine slides for space and resources. But Beale knew the appeal of a standalone bike park.

“After riding in B.C. [British Columbia] for several summers, I had spent a lot of time on the drives home thinking about how biking is such a big part of the culture there, what a healthy, positive activity it is, and how neat it would be to have that in the valley,” Beale says. “I really just wanted to find a way to share that experience with the riding community back home in Montana.” 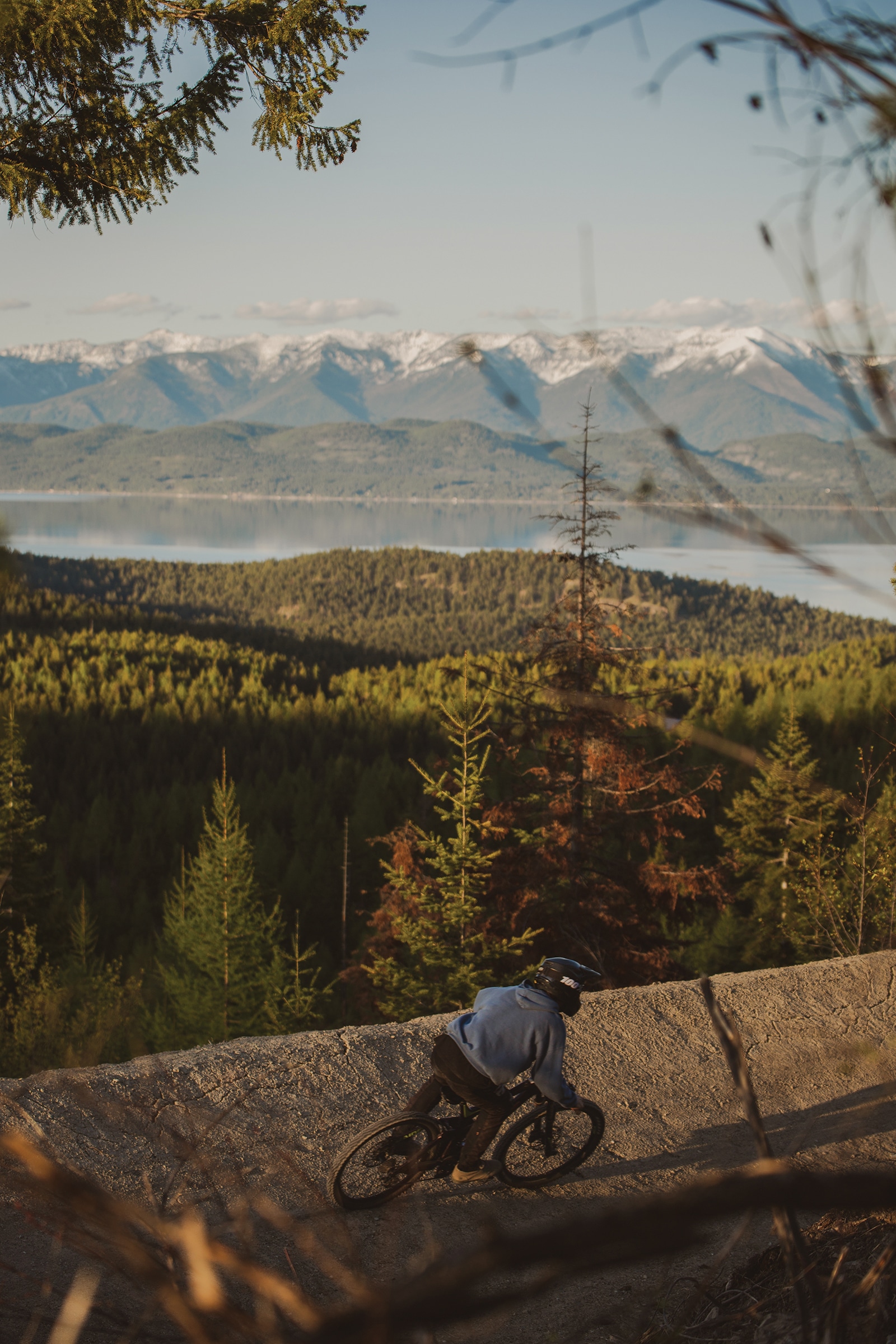 Sneak peak of the Legacy Bike Park in Lakeside. Photo by: Mitchell Bryan

The hard part was convincing his two partners to take the leap.

“Are you kidding, Marty? We build custom homes,” partner Dave Radatti initially responded, though he also recognized the enthusiasm in Beale’s pitch, which included the hard data on biking to back up his excitement. Over their 21 years working together, Beale had never sold them on something that didn’t succeed. But Radatti still wasn’t sure the plan was solid.

“Our initial idea was that Mindful would hire Pete to build this project, not to have him on as a partner. I couldn’t see how we could succeed in starting our own bike park,” Radatti remembers. “When we found this property in Lakeside I said, ‘You guys are crazy, this is nuts.’ But we walked the property with Pete and his eyes lit up. You could tell there were some wheels turning inside his head. When he proposed that he wouldn’t just build the park, but co-own it, that’s when I said, ‘Okay, maybe this thing has a chance,’ and we went all in.”

With the faith that if they build it, people will indeed come from near and far to enjoy rolling beginner trails and progressive jump lines, Terraflow began clearing land in the fall of 2020. They plan to have five trails done for their soft opening this summer, a dozen by 2022, and a riding experience that will continue to grow and improve in the coming years. Riders and their bikes will catch a lift on extreme duty trucks with trailers up the hill to start their fun; primitive campsites will let riders get up and do it all over again the next day.

“Ideas don’t always fall into place all at once; they can change and evolve as we pursue the things we really care about”.

Costain never thought he’d own a bike park. When he started building trails, “I just wanted to upgrade the riding experience back home,” he recalls. “At that point in my life, I had been traveling a lot to dedicated riding zones like Whistler and Nelson, B.C., that had this insane level of riding. I thought to myself, ‘Man, why can’t we have that in Montana?’ There was this core group of dedicated riders in the valley that deserved that level of riding.”

Ideas don’t always fall into place all at once; they can change and evolve as we pursue the things we really care about. Terraflow grew as Pete’s skill and vision continued to expand. After more than a decade of hard work and perseverance, his dream of premier biking in the Flathead is coming true. 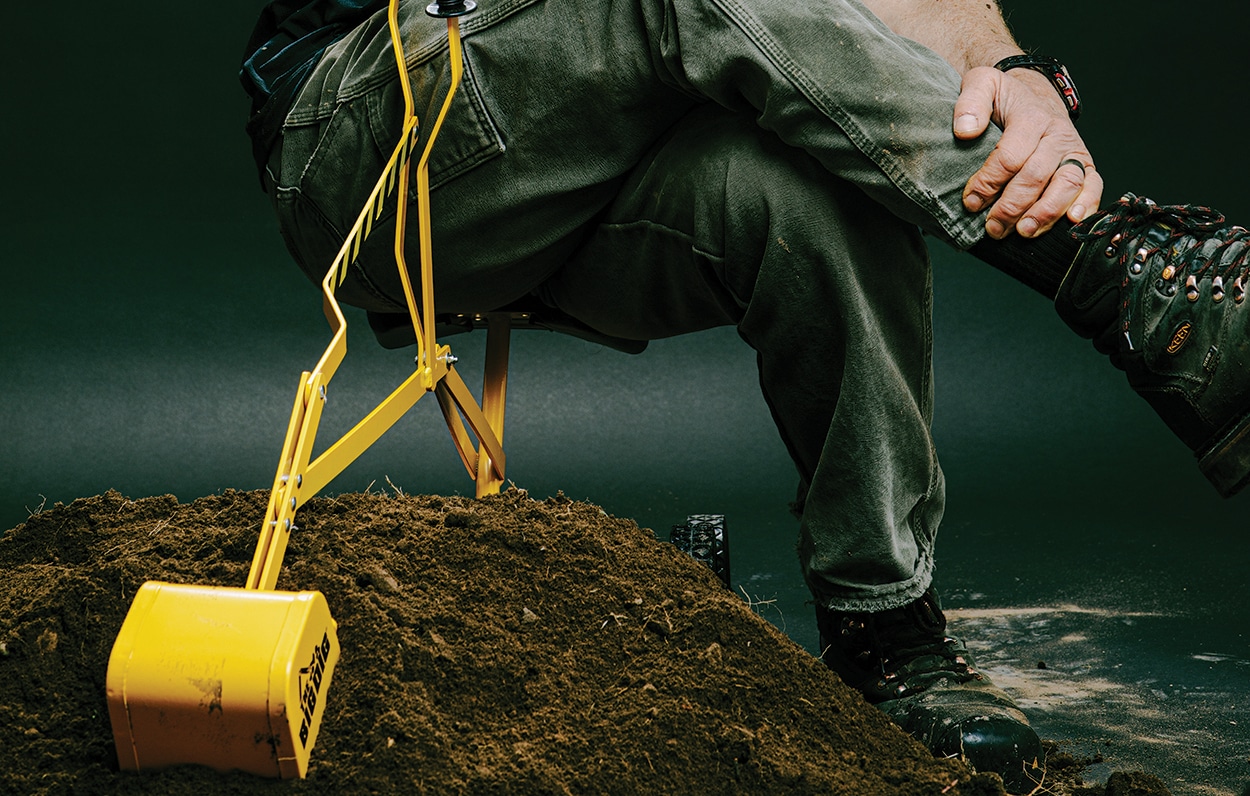 Pete Costain owns a much bigger excavator than this. 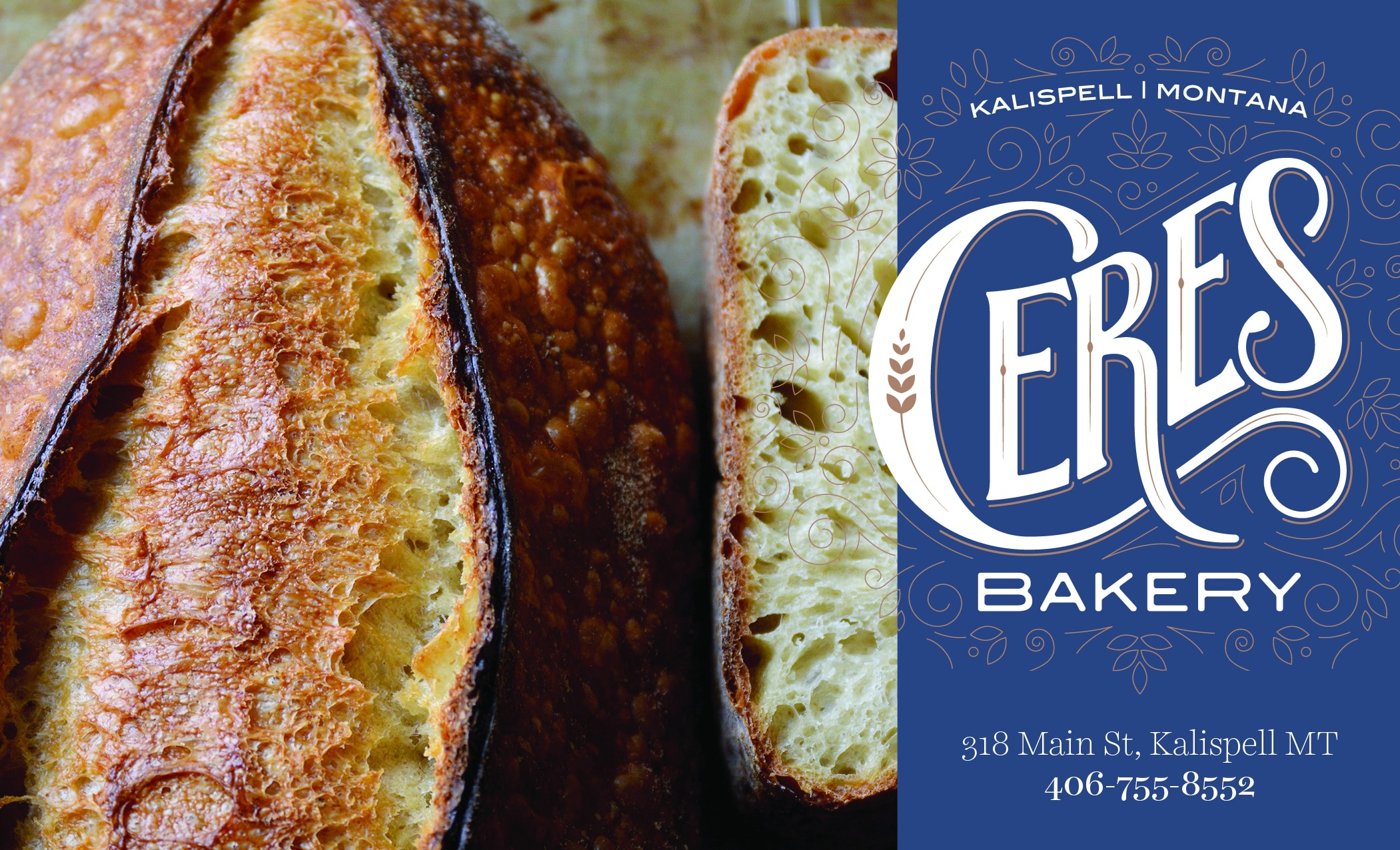